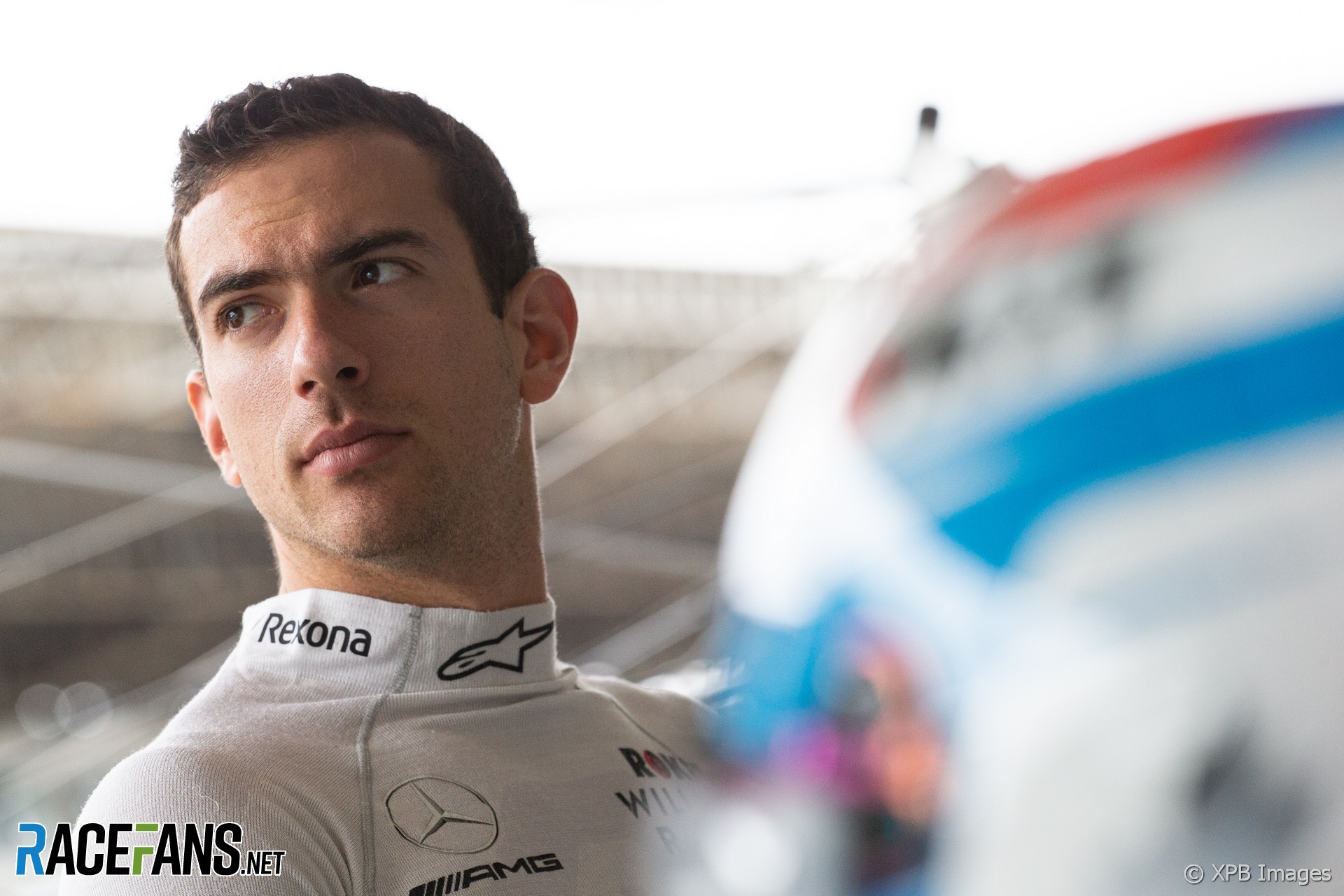 Nicholas Latifi made a relatively late start to his motor racing career. He started kart racing as a teenager.

But aided by backing from his father Michael Latifi, Nicholas moved up through the lower echelons of motor racing, eventually taking the runner-up spot in the 2019 Formula 2 championship. By this time he had attracted the interest of Williams, who promoted him to their Formula 1 line-up alongside George Russell for 2020.

Latifi made his start in single-seater motor racing in the Italian Formula 3 championship in 2012. He won once, and the following year committed himself to a comprehensive programme of racing. He opened his year in New Zealand’s Toyota Racing Series, taking ninth. Over the main part of the season he completed a full season in Britain’s dwindling F3 category with Carlin, finishing fifth behind the likes of Jordan King and Antonio Giovinazzi. He also did most of the European F3 season, also with Carlin, ending the year 15th.

Undeterred by that win-less campaign, Latifi got back on top in the Florida Winter Series at the start of the following year, where he won four times. But his return to European F3, now with Prema, yielded only 10th place and a single podium finish. In another packed season, he also found time to sample both GP2 and Formula Renault 3.5 machinery. He fared best in the latter, grabbing an unexpected second place in the season finale at Jerez.

Latifi committed to a full season of Formula Renault 3.5 with Arden the following year, but failed to reach the rostrum all season. He also made another seven GP2 starts with MP, and switched to the F1-supporting category full-time for 2016. His season with DAMS began well – Latifi chased winner Norman Nato home at the Circuit de Catalunya – but he added just five points to his tally over the balance of the season, and ended the year 16th.

His second full season in the category, now called Formula 2, was more promising. Latifi became a regular on the podium, and when eighth place in the feature race at Silverstone gave him pole position for Sunday’s sprint event, he led all 21 laps on the way to his first victory for three years. Charles Leclerc romped away with the championship, and Artem Markelov, Oliver Rowland and Nicholas Latifi separated him from Latifi in the final points standings. A promising season also included his first F1 test, with Renault.

Latifi gained further F1 experience with Force India in 2018, including five practice session appearances. But in F2, where a new chassis and engine format were introduced, he took a step backwards. He managed another win, but fell to ninth in the championship.

He returned with DAMS again in 2019 and swiftly emerged as a contender for the championship, winning the opening feature race in Bahrain from fourth on the grid. Further victories in the sprint race at Baku and the feature race in Spain meant Latifi had won three of the first five races, and opened up a handy lead in the points.

But Latifi stumbled badly in Monaco, scoring just two points, while Nyck de Vries won the feature race from pole and left the principality just one point behind him. Another win for De Vries at Paul Ricard saw him overhaul Latifi, who fell further behind after another poor weekend at the Red Bull Ring. Victory from pole in Sochi finally clinched the title for De Vries with three races to go, though Latifi ended the year second.

Latifi also benefited from a year with the Williams team, including six more opportunities to drive for the team in practice. At the end of the year they confirmed he would replace Robert Kubica in their driver line-up for 2020.