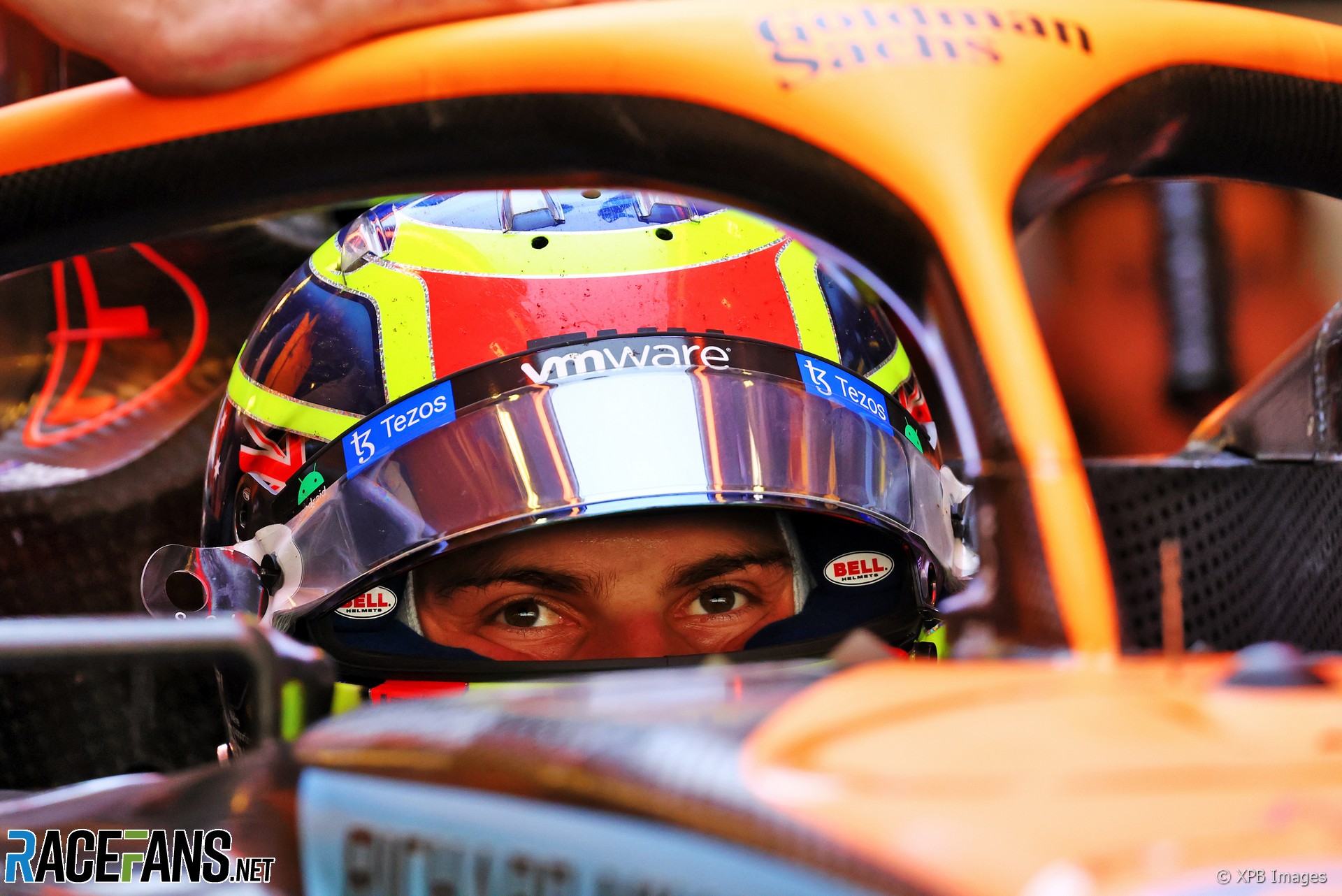 McLaren’s new driver Oscar Piastri will get as much track time as possible before testing to help prepare him for his rookie season, says team principal Andreas Seidl.

Piastri – formerly an Alpine junior driver – did not race this season after winning the 2021 Formula 2 championship. McLaren signed him for 2023 after the British Grand Prix in July, to replace Daniel Ricciardo.

Piastri completed multiple test days in Alpine’s 2021-spec A521 over the course of the year. Alpine then allowed McLaren to give him a day’s running in one of their year-old cars at Paul Ricard, in order to prepare him to drive for his new team in the post-season tyre test day in Abu Dhabi.

Following Piastri’s first experience of a 2022 car, Seidl says McLaren plan more outings for him before pre-season testing for 2023 begins.

“I’m sure we will look also into giving him some mileage in the old car again in January or February,” Seidl said. “Simply to make sure he’s used to the Formula 1 machinery as much as possible with all the limitations you have nowadays in terms of testing.”

With Piastri joining McLaren as a rookie next season, Seidl says the team aim to ensure he is as well-prepared to race as possible before the first round in Bahrain.

“With next year’s car, the objective is clear: We want to make sure that with the hard work we put in together with him, that he goes to the first race in Bahrain and it doesn’t actually feel like the first race for him,” Seidl explained.

“It’s a lot of hard work ahead of us. But we’re an experienced team, we know exactly which boxes we have to tick. Oscar’s a very talented driver – a great personality as well, a great character, so we’re looking forward to getting going with him.”

McLaren opted to conclude its contract with Ricciardo a year early due to his consistent underperformance relative to his team mate, Lando Norris. However, Ricciardo’s personality and work ethic earned praise from his team principal. Seidl says that he expects to enjoy an equally strong relationship with Piastri next season.

“That could end up in, let’s say, a different relationship also between the two guys. But it doesn’t necessarily mean that one or the other type of relationship is a better or a worse one. In the end, the way Lando is – as a guy, as a character, as a person, as a driver – the way we got to know Oscar so far, I don’t expect any issues there.

“Because in order to fulfil our dreams – the dreams of the two guys – we need to end up in being the best team in the paddock and have the best car available. In order to do that, you need a lot of teamwork between everyone involved and that will be the focus.”