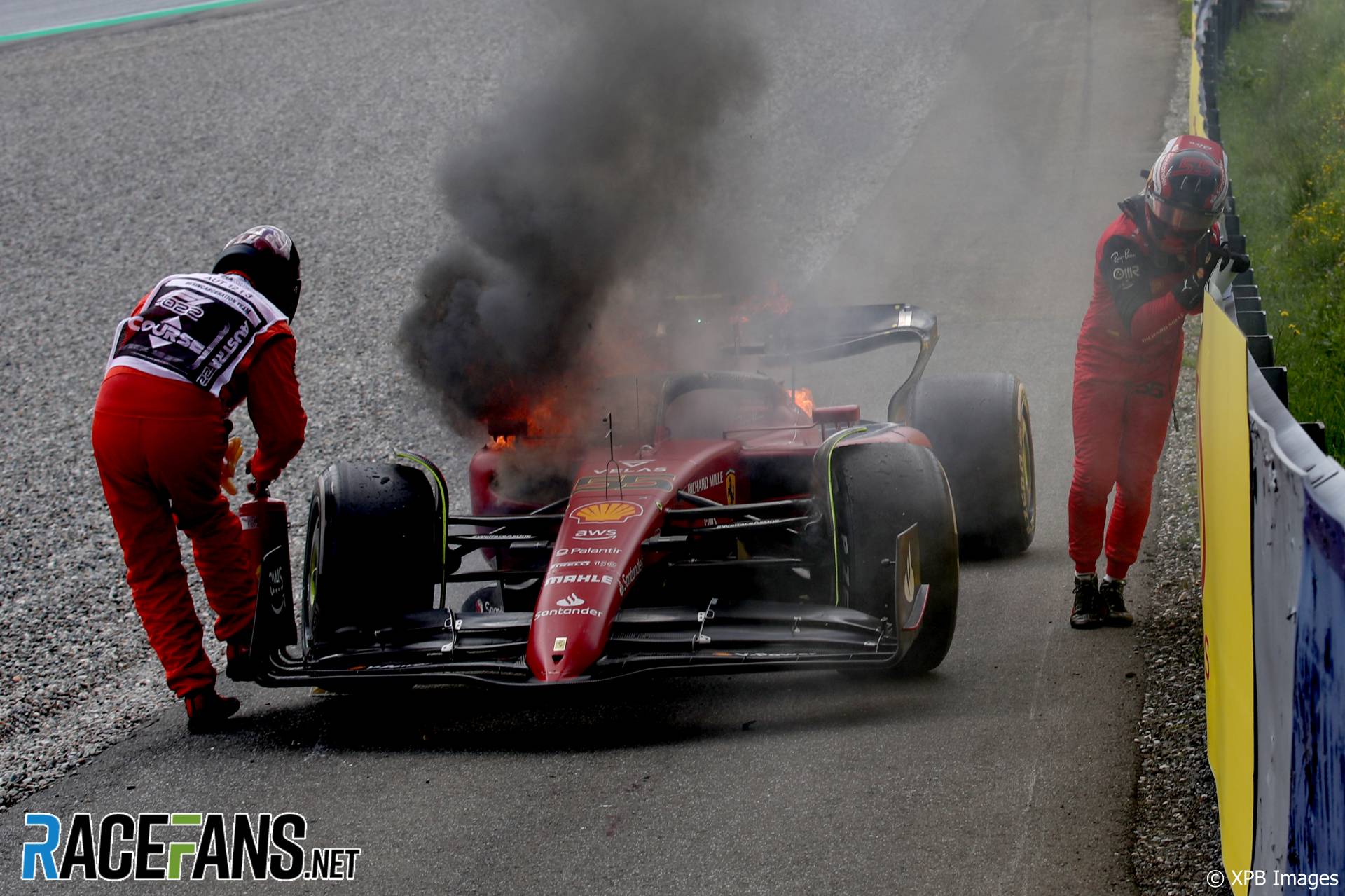 In the round-up: Ferrari admit they had to reduce the power their Formula 1 power unit produces following the the reliability problems they encountered earlier in 2022.

Ferrari “had to slightly lower the power”

Both Ferrari drivers used a total of six power units over the course of the 2022 season – twice as many as the maximum permitted by the regulations. The failures suffered by Charles Leclerc and Carlos Sainz Jnr led Ferrari to reduce their engine performance to improve their reliability, team principal Mattia Binotto admitted.

“We had to slightly lower the power,” he told media including RaceFans following yesterday’s Abu Dhabi Grand Prix. “Yes, we had to do it.”

“So last year it was ‘rigged’. It was ‘stolen’. Well, if you look over the whole season, because it’s not a one-race championship, I think I did pretty well,” he told The Sun.

“This year, it’s all about the car. And then the budget cap stories. I feel like, for some people, it’s a bit of a struggle to appreciate what I am achieving.”

“Ricciardo has done a very good job for us” – Alfa Romeo

Alfa Romeo’s head of trackside engineering Xevi Pujolar said he was ‘very impressed’ with Daniel Ricciardo’s defending against Sebastian Vettel in the final stages of the Abu Dhabi Grand Prix, which helped secure Alfa Romeo sixth in the teams’ standings.

“Well, I don’t know what they were trying to do,” Pujolar said, of Aston Martin’s strategy. “But I think for us, the only thing I can say is that Ricciardo has done a very good job for us.

“I’m very impressed. He’s very impressive because he didn’t have the DRS for many laps with Vettel behind. He was defending really well. So today he has been part of our strategy.”

Drugovich “wanted that win so much” for F2 record

2022 Formula 2 champion Felipe Drugovich sealed the title in Monza two months ago but continued to battle for points in both Abu Dhabi races, taking third and second place finishes.

Ayumu Iwasa denied him in yesterday’s season-closing feature race, leaving Drugovich to take second place. “I think it was very close, I wanted that win so much,” said Drugovich.

“Someone told me that if I won one more I would be the one that had the most wins in F2, but it didn’t happen so I’m level with [Nyck] de Vries or something like that. I also wanted it so much for the team, to close up the teams’ championship with a win, but I didn’t manage to do that.”

MP Motorsport did seal the teams’ title, Drugovich having earned 87% of their points during the year. “My tyres were burning hot behind Ayumu, and I was pushing every lap trying to get a little bit closer. I think it was about five laps that I was pushing so much to get into DRS and I just couldn’t open it until one lap I got it.

“Then the VSC came, and I got close again after the VSC and then the yellow flag in the last sector. Those VSCs didn’t help me a lot but I only had one proper attack at the end on the last lap but I couldn’t make it. Well done to him and very happy for the team.”

'Daniel is a really good race driver, but I'm of the opinion that a race driver should be able to hop into anything and drive it.'

'We shouldn’t forget that we broke three engines with Theo in three crucial moments,' he said. While accepting that in an engineering-based sport like motor-racing 'sometimes things can happen' for Philippe, 'clearly this year was too much.''

My first experience of Seb was Abu Dhabi 2017

Sebastian was out on a track walk and we was doing filming for the F1 esports program, Unsurprisingly he ultimately got swarmed by a crowd of people.

He reacted respectfully, Took his time and was a class act 👌 Bravo Seb 👏

I do have to laugh at how much the Sky F1 broadcast struggles handling Max Verstappen winning everything.

A special delivery. 😆 On loan to @AlphaTauriF1 ‘till the end of the season! 😂 pic.twitter.com/xgeCtDJkns

Simon says if Red Bull have competition next year it won’t come from Ferrari:

Seb, Lewis, Max and others before them have all made it look very easy when they’re dominant. In Max’s case, he doesn’t even have a team-mate capable of getting within a few tenths of him most of the time, so it really does become a one-horse race sometimes. Max is very good at consistently maximising his advantage though.

I’m also hoping for next season to be down to the wire, like 2021. Needs Mercedes to have nailed their development for next year’s car. Don’t trust Ferrari to maintain a challenge for a whole season unfortunately.
Simon (@Simon999)