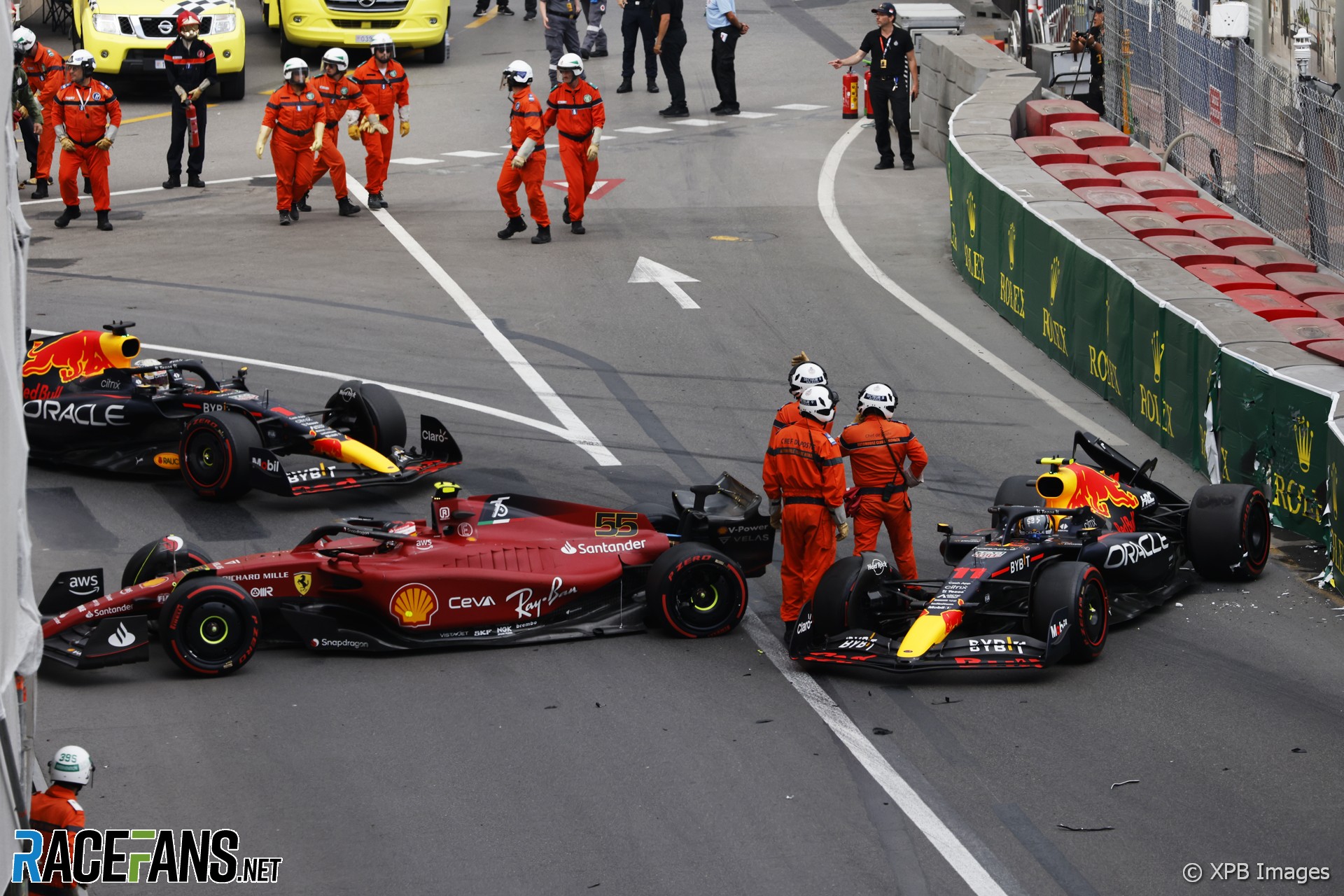 Until Max Verstappen surprisingly rebuffed Red Bull’s request to let his team mate past in the closing moments of the Brazilian Grand Prix, few would have suspected a rift between the two drivers.

After the race, Sergio Perez laid it on a bit thick over how crucial his support role had been to both of Verstappen’s championship wins. But there’s no doubt he has been closer to Verstappen’s pace than his previous team mates and that has proved valuable to the world champion at times.

Last year Perez repelled Verstappen’s title rival Lewis Hamilton with tremendous skill in the Turkish Grand Prix, delaying his rise through the field. He repeated the performance in Abu Dhabi, where Perez’s contribution arguably cost Hamilton so much time it later denied him the opportunity to make a pit stop onto fresher tyres and defend himself from Verstappen’s last-lap attack.

This year, too, Perez has played the obedient number two role when ordered. Red Bull team principal Christian Horner has lavished praise on the working relationship between his two drivers, most recently in an interview which aired over the Brazilian Grand Prix weekend.

“There’s a lot of respect between the two,” Horner told Channel 4. “They’re both at different stages in their careers. Checo is under no illusions of the challenge that he has in having Max as a team mate. But he also has enough confidence in himself and in his own ability.

“He’s made some incredible drives this year, he’s second in the world championship for a reason because he’s delivered at such a high level. The two grand prix victories that he’s had so far this year, both in Monaco and in Singapore, have been outstanding performances. Certainly earlier in the year he got on top of the car quickly, it suited him. That pole position in Saudi Arabia, again, another street circuit, another circuit that favours the brave, he was outstanding there.

But that camaraderie was conspicuous by its absence on Sunday evening at Interlagos.

Following a late Safety Car period, Red Bull told Perez to let Verstappen by in order for him to attack Fernando Alonso, on the promise he would get his position back if no progress was made. Strikingly, the same message was not relayed to Verstappen at that time. Only on the final lap was he told to drop back and let Perez past.

Nonetheless, so emphatic was Verstappen’s dismissal of the eventual instruction for him to move aside, it seems doubtful he would have complied under any circumstances. “I told you already last time guys, don’t ask that again to me, okay,” said Verstappen, adding for emphasis: “Are we clear about that? I gave my reasons and I stand by it.”

“It shows who he really is,” said Perez as he drove back to the pits. One striking detail of the exchange was how quickly Horner apologised to Perez on his radio, and the fact he did not speak to Verstappen at the same time.

Following the race Verstappen kept his counsel over exactly what his reasons were. However when asked by Sky if they related to the events of the Monaco Grand Prix he answered: “You can decide that. I’m not going to say.”

Perez’s Monaco Grand Prix win, one of the “outstanding performances” Horner described, came after he hit the barriers during the final runs in qualifying. The crash brought the session to an end and ensured Perez would start third ahead of Verstappen.

Drivers have been accused of deliberate crashes during qualifying in Monaco before, as it’s relatively easy to trigger a red flag which stops the session and prevents rivals from improving their times. Michael Schumacher was penalised for doing so in 2006. Hamilton clearly suspected Nico Rosberg went up the escape road at Mirabeau for the same reason eight years later, but he went unpunished.

Whether or not Perez did the same, the incident appears to be the cause of Verstappen’s ire. Up until the moment of impact Verstappen had set personal best times in all seven mini-sectors he’d been through. Perez was slower in six of the nine he’d covered, faster in one and fastest of all in two; crucially his overall time through the entire first sector was slower.

Of course does not mean Perez crashed deliberately, but there’s no doubt Verstappen had good reason to believe he would have out-qualified his team mate had the session come to an uninterrupted end. “This shouldn’t be allowed,” he told Lambiase on the radio as he sat waiting for Perez’s car to be recovered, along with the Ferrari of Carlos Sainz Jnr which had crashed into it.

Verstappen’s readiness to disobey an instruction from his team should surprise no one. He did much the same when he and Sainz were team mates at Toro Rosso in 2015, during the Singapore Grand Prix.

But whatever his views about what happened in Monaco, he may have done himself no favours by clashing so publicly with his team. If he needs a reminder of the value of having Perez on-side, Verstappen should recall the events of the races which preceded and followed it.

A week earlier in Spain, Verstappen was waved past his team mate on two separate occasions on his way to victory, despite going into the race only 19 points ahead of Perez. On the first occasion Perez was told “give him a shot now, we’ll pay back later”, but no payback ever came. Nonetheless, two weeks after Monaco in Azerbaijan, Perez again pulled aside for Verstappen when ordered to.

Verstappen gives nothing away on-track – as Sunday’s race also showed – and the same is true off it. But on this occasion you have to wonder whether he has picked an unnecessary fight which in the long term will work against his interests.

It’s beyond obvious that a driver who has already taken 14 wins and a world championship this year is not in need of a sixth place finish. He has chosen a worthless two points in the championship at the expense of intra-team harmony. Time will tell whether that was a price worth paying.

178 comments on “Whatever triggered it, Verstappen’s defiance of his own team makes little sense”