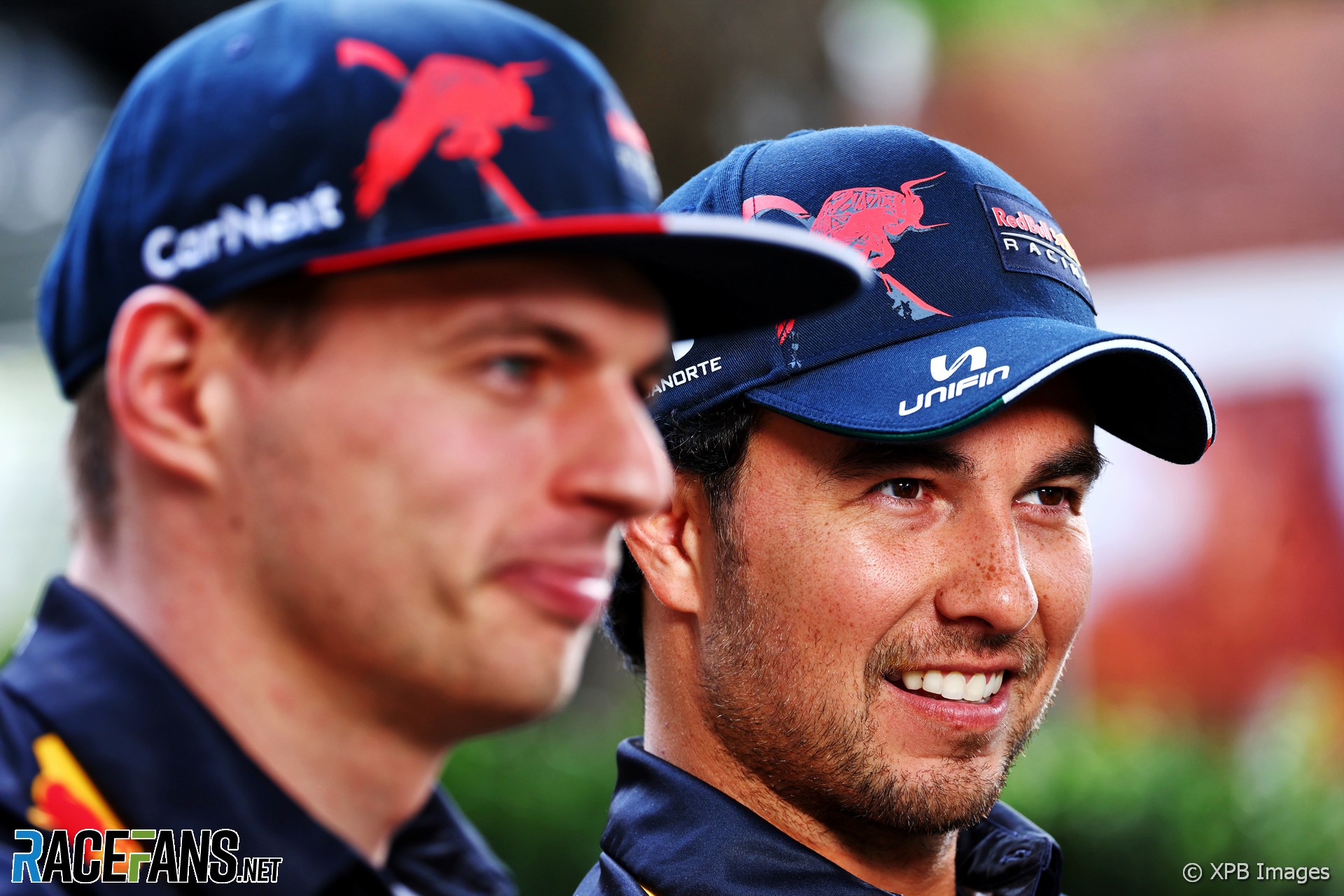 Verstappen claimed his second consecutive drivers championship victory earlier this year. But subsequently Red Bull was found to have exceeded last year’s $145 million budget cap by $2.1m. The team was fined $7 million and had its aerodynamic development allocation cut.

However Perez insists Verstappen does not owe his success to Red Bull overspending. Speaking before yesterday’s Brazilian Grand Prix, Perez told The Telegraph that Red Bull “didn’t get any performance benefit” and “Max didn’t win the championship last year” due to the team overspending. “So for other teams to take advantage of that, and try to make Red Bull look bad, it’s really unfair. And it shows they can be bad losers.”

Alpine will go into the final race of 2022 “feeling a bit more secure” in their fight with McLaren for fourth place in the championship after the points haul they took in Brazil, says Esteban Ocon.

“I think we did everything perfect today in terms of extracting the maximum that we had in our hands,” he said. Ocon finished eighth from 16th on the grid while team mate Fernando Alonso gained 12 places to finish fifth.

“It’s a great day for the team, 14 points. The three-stop strategy was the one to take today obviously, as Fernando benefited, but on the two-stop we did everything we could and overall to get 14 points it’s huge over McLaren and we can be very happy.”

Despite running as high as third early in the Brazilian Grand Prix, Lando Norris believes he was on course for a low-order points finish at best before retiring with a technical problem.

'Normally, you’re able to unlap yourself under the Safety Car, but today I was told to stay in my position, so we ended the day a whole lap behind the pack, with no opportunity to make my way forward.'

'At the restart, Alex suffered with a loss of power, which took us a couple of laps to recover and he was unable to make any further progress. Nicholas ran a short stint on the Hard compound, but this was a poor tyre today and, coupled with a slow pit-stop, dropped him off the back of the pack.'

Valtteri Bottas: 'I did enjoy myself today, I was in some good fights and the car’s pace was strong. I also want to give big thanks to Zhou for being a true team player today'

'The race came to an early end when Stromsted and Kucharczyk came together while battling with Ho for fifth place. The trio had gone side-by-side, with Ho on the outside and Stomsted in the middle. Kucharczyk made contact with the rear of Stromsted’s car, sending Stromsted into a roll. He landed upside down in the gravel but was confirmed to be physically okay.'

This traffic chaos at some #f1 venues this year is just unacceptable. One hour for the last 300m in Interlagos to actually get into the circuit shows the absolute lack of organizational finesse or even will.

|@alfaromeoorlen have been fined €1,000 for having a team member "unreasonably close to the path of the approaching Haas car which was starting its pit stop" during the #BrazilianGP #F1 pic.twitter.com/g8Zl4RYi0Z

Yall need to calm down. Max was wrong for doing that, no doubt. But maybe he had a reason. He is a really tough driver but mostly fair. There must be something we don’t know. (Btw that 5s penalty was not fair, Hamilton was at fault too).

Many congratulations to George Russell @GeorgeRussell63 for his first F1 Sprint and FI Grand Prix win. First of many more to come for this super talented youngster who debuted with Force India F1. Am so proud of this superstar.

Congratulations to George! Hopefully the first of many, he’s been brilliant this year! Great to see Mercedes come good at the end, hoping next season we may be on for a good year.

I do hate how much the grid has separated out this year though, only Lando Norris has got a podium this year outside the top three teams, that’s really not good enough.
LB (@burden93)