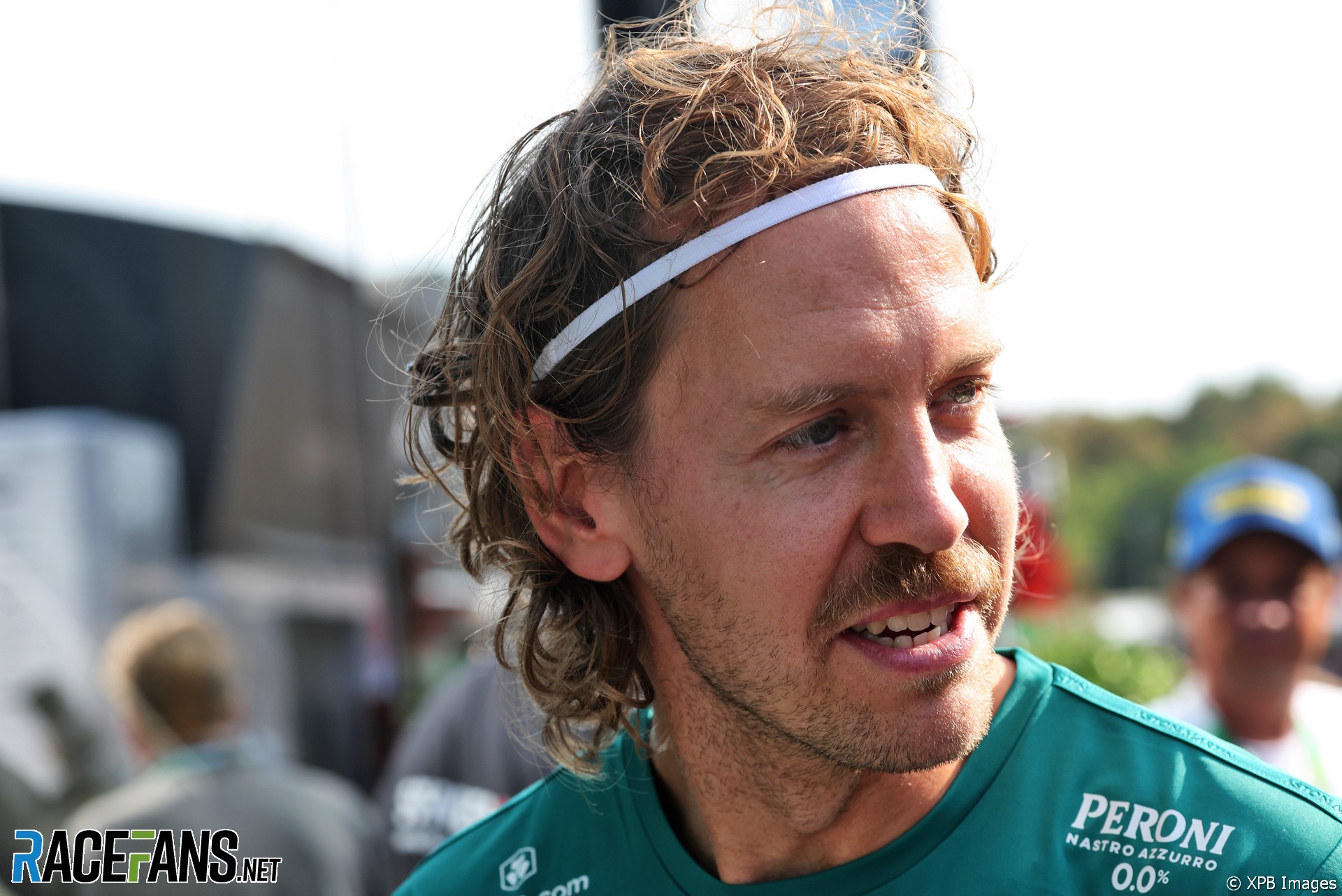 In the round-up: Sebastian Vettel has been told to apologise for his criticism of Italian president Sergio Mattarella over last week’s pre-race fly-by at Monza.

Following Sunday’s race Vettel complained the pre-race air display created unnecessary carbon emissions and claimed it only happened because the 81-year-old president requested it. “He’s about 100 years old, so maybe it’s difficult for him to let go of these kind of ego things,” said Vettel.

La Russa, who claimed the aircraft used a 25% biofuel mix to reduce emissions, accused Vettel of a “polemic that offends the president of the republic and all of us”. Speaking to La Gazzetta dello Sport, La Russa said Vettel should “apologise to president Mattarella and to all Italians.”

He will move to Richard Childress Racing, a team that runs Chevrolets and opening up the possibility that Busch could enter the Indianapolis 500 in a car powered by a Chevrolet engine

“That’s in the deal, I made sure it was in the deal,” he said at the announcement of his team switch when asked if he was now allowed to try out IndyCar, as his current team and its manufacturer affiliation has prevented it from happening to date.

“I can go run it if I want to run it. By all means, any IndyCar teams that are Chevrolet, call me up.”

W Series racer Tereza Babickova will miss the next round in Singapore after she injured her spine just a lap into her Formula Regional European Championship debut at the Red Bull Ring last weekend.

Babickova spun on a kerb and crashed while behind the safety car in wet conditions, ruling her out of the next day’s race, as well as this week’s all-female FIA Formula 3 test at Magny-Cours and the next W Series race in October once the extent of her injury was revealed.

Her W Series rival Nerea Marti will take her place in the private FIA F3 test, organised directly by the championship as a way of increasing the chance of women racing its car in the future.

Lewis Hamilton said “it was an unusual experience” to find out about the death of Queen Elizabeth II during the Italian GP weekend, and he shared his honest thoughts on the British monarchy after qualifying on Saturday.

“All of us have grown up with knowing the royal family and watching closely, and I remember as a kid I adored Princess Diana,” he said. “And that affected me a lot [her death], I remember.

“Now just thinking like, what does that mean, we won’t have a queen now ever in our lifetime. And what does that now mean for the monarchy? I hope that there’s a bright future up ahead still. There’s lots of positive things and changes that the royal family and the government can do in the future.”

Hamilton said he deliberately waited before acknowledging the queen’s death on social media. “Everyone was posting immediately afterwards. I was like, how has everyone had time?

'On Sunday evening, after the Grand Prix of Monterey wraps up, Pato O’Ward is scheduled to catch a flight to England. Monday he will be in a Fo1 simulator at the team’s Woking headquarters. He will then travel to Barcelona to test with McLaren’s F1 team – something he also did a year ago.'

Bruno Michel's debrief: A season finale like no other! (Formula 3)

'What a way to end a spectacular 2022 FIA Formula 3 season, with a seven-way title fight that went down to the wire around Monza’s iconic Temple of Speed. Yet despite the heroic fightbacks from two rookie stars, it was Victor Martins who covered himself in glory to become our newest Champion.'

'A 58-year-old man from the municipality of Aa and Hunze was arrested this morning on suspicion of involvement in laundering large amounts of money and goods and VAT fraud, as reported by trouw.nl.'

When Yvan Muller won British F2, and what happened next (Formula Scout)

'30 years ago today, future touring car legend Yvan Muller won the British Formula 2 title on Silverstone’s National configuration. Why was he in the feeder series, what exactly was it, and when did it disappear?'

McLaren Racing announces a new multi-year partnership with Jack Daniel’s Tennessee Whiskey as an Official Partner of the McLaren Formula 1 Team from 2023.

Welcome to the team, @JackDaniels_US. 🤝

Former Lola commercial & marketing manager, Mike Blanchet (below with Gerrit van Kouwen and James Weaver in 2008), has died at the age of 74. Mike was also a very rapid driver in FF1600, F3, Thundersports & Sports 2000 and was a major part of the Lola story. Race on Mike! pic.twitter.com/c0m1INoFlb

𝗧𝗛𝗜𝗦 is how you eat a banana 🍌 Tucking into Audio Moments from Monza 🇮🇹 pic.twitter.com/ncXUkA3EZD

These rules have proved to be great for close racing and will surely only get better as the team’s performance level out. We don’t need any gimmicks or novelty sprint races, just leave the rules as they are and let them close up to each other.

Any more drastic changes will only open up the possibility of another Mercedes era which will ruin the sport. They should also experiment with weakening DRS with the aim to get rid altogether.
G