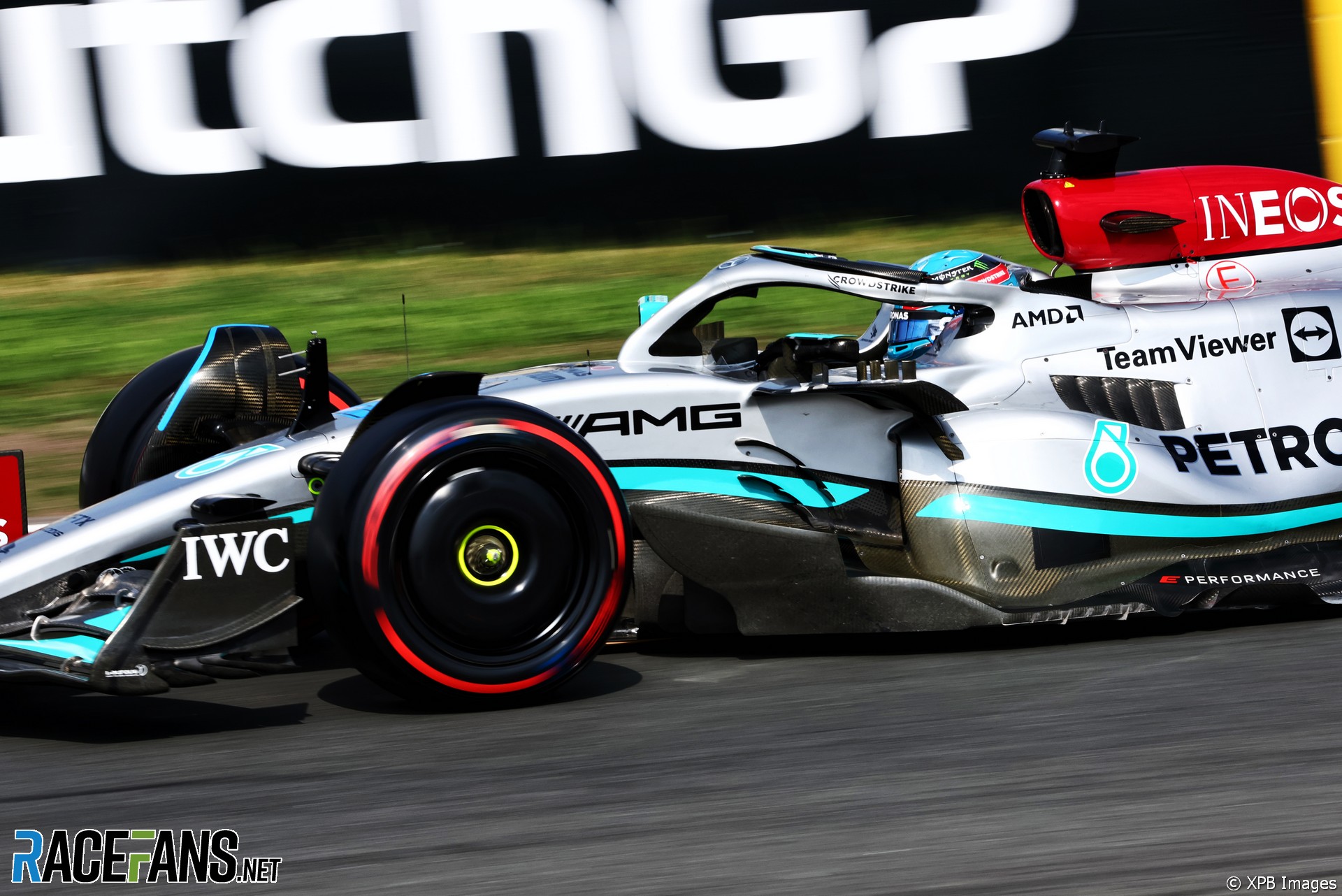 Mercedes believe they’re in stronger shape for this weekend’s race at Zandvoort but don’t expect to repeat the pole position they scored at the Hungaroring.

Lewis Hamilton was the quickest of the two Mercedes drivers during practice today, lapping within a tenth of a second of the two pace-setting Ferraris. His team mate George Russell was two-tenths of a second back in fifth place.

Russell there was no doubt the car was “working better” than it had at Spa, where the team were stunned to find themselves 1.8 seconds off the pace in qualifying.

However he believes the team will have to keep an eye on the midfield competitive in qualifying, as their car tends to be weaker over a single flying lap. It’s going to be close tomorrow,” he said in an interview supplied by the team. “I think McLaren will be be quick, even Aston Martin.

“We still know qualifying is our weak point. I think the race will come towards us and I think our long-run pace is looking strong. But you’ve got to be starting in the right position. If we’re starting on row three it’s going to be difficult to battle for first or second.”

Mercedes scored their only pole position of the season so far in Hungary, where Russell beat the Ferrari pair by four-hundredths of a second. The Zandvoort circuit is similar in that requires a high downforce level, but Russell isn’t convinced they are likely contenders for pole this weekend.

“I feel Hungary was a bit unique,” he said. “I think our rivals didn’t quite get it right on the day and we did an absolutely stellar job and everything just sort of went towards us and we obviously only just pipped them.

“I’d be very shocked if we can have a repeat of Hungary. But I think we’re definitely closer than we’ve been in a long time so let’s see what tomorrow brings.”

He said it was “a little bit difficult” to keep an eye on his long-run pace compared to his rivals during practice “because the timing screen wasn’t working.”

“So you couldn’t really actually see where our long-run pace is really at,” he continued. “I’m sure we’re going to dive into it tonight and try to gather as much data as possible but I think we’re in a relatively good spot.”