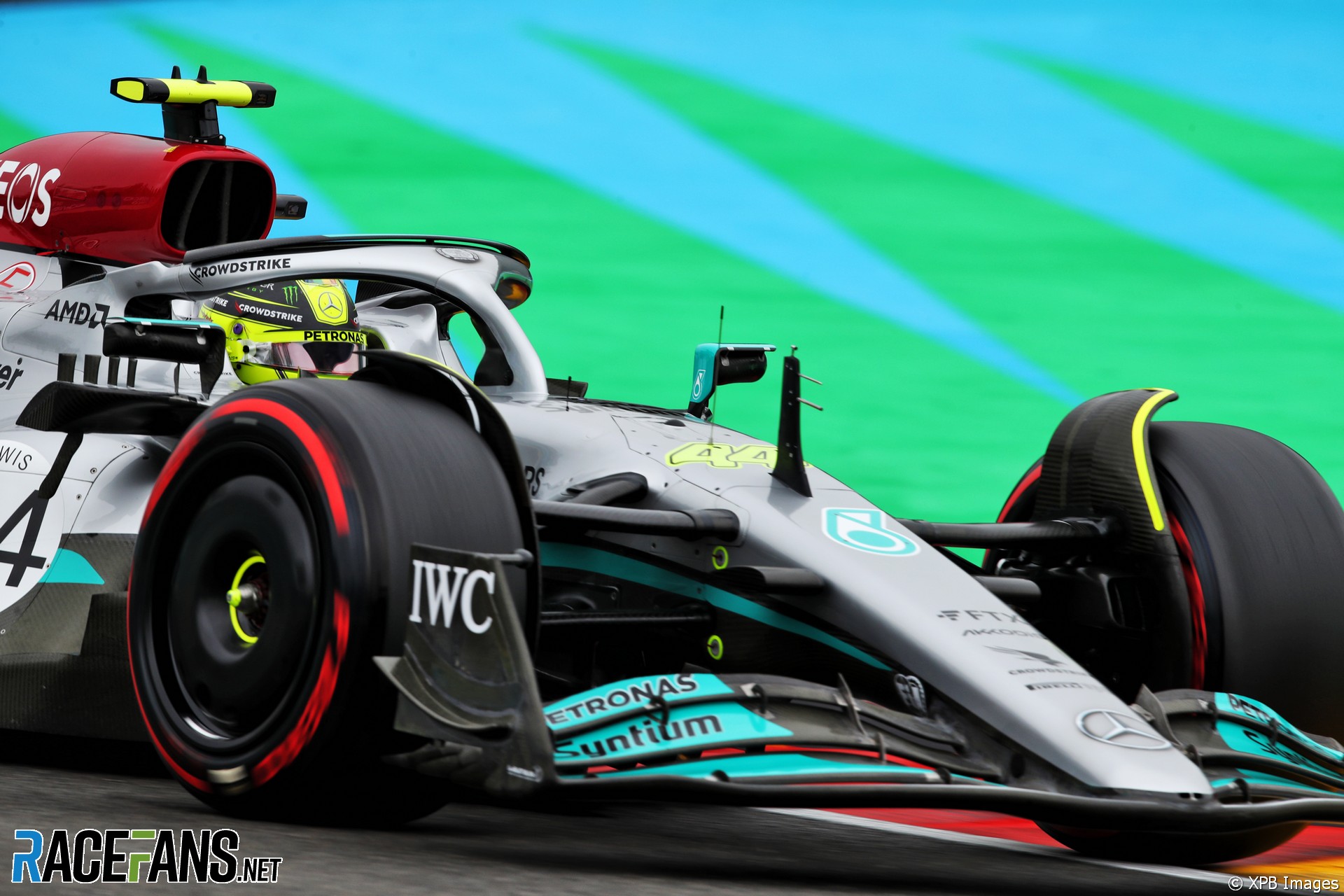 Lewis Hamilton said Mercedes lacked pace on the first day of practice at Spa-Francorchamps, but that was not unexpected given their form on Fridays this year.

“We’re just not very quick,” Hamilton admitted in an interview supplied by his team. “I don’t know why.”

He ended the second practice session as the quickest Mercedes driver but was 1.3 seconds slower than pace-setter Max Verstappen.

“It doesn’t feel disastrous out there, it’s just we’re a long way off,” said Hamilton. “But we often find this on the Friday and things change a little bit more on Saturday, so I hope that’s the case.”

“We’ve just got to work hard tonight to analyse the data, try and figure out what we can get with this car,” he added. “It doesn’t feel the same as it did in the last track in qualifying kind of time, but Friday and Saturday morning, it feels kind of similar to that now. So that gives me hope that we can turn it around.”

Hamilton’s team mate George Russell admitted the team is “pretty used to having bad Fridays” in 2022. He believes their lack of performance was due to the low temperatures at the track today, which is expected to be the coolest day of the weekend.

“I think it’s something we’ve struggled with quite a lot this season, getting the temperature into the tyres. I struggled quite a lot today with that on every compound we use. So in these conditions it’s definitely something we need to work on.

“But it’s something I know that you can find a huge amount of performance when you get it in the right window. So there’s a little bit of optimism there. But for sure the gap to Max and the Ferraris is pretty extravagant.”

However he doubts the team will be as competitive this weekend as they were at the Hungaroring, where he took pole position.

“I don’t think there will be any guarantees we can find the performance that we found in the last race,” said Russell. “But we’ll all be working flat-out tonight to try and get on top of it. But totally different day tomorrow, conditions will be very different. So let’s see what it brings.”