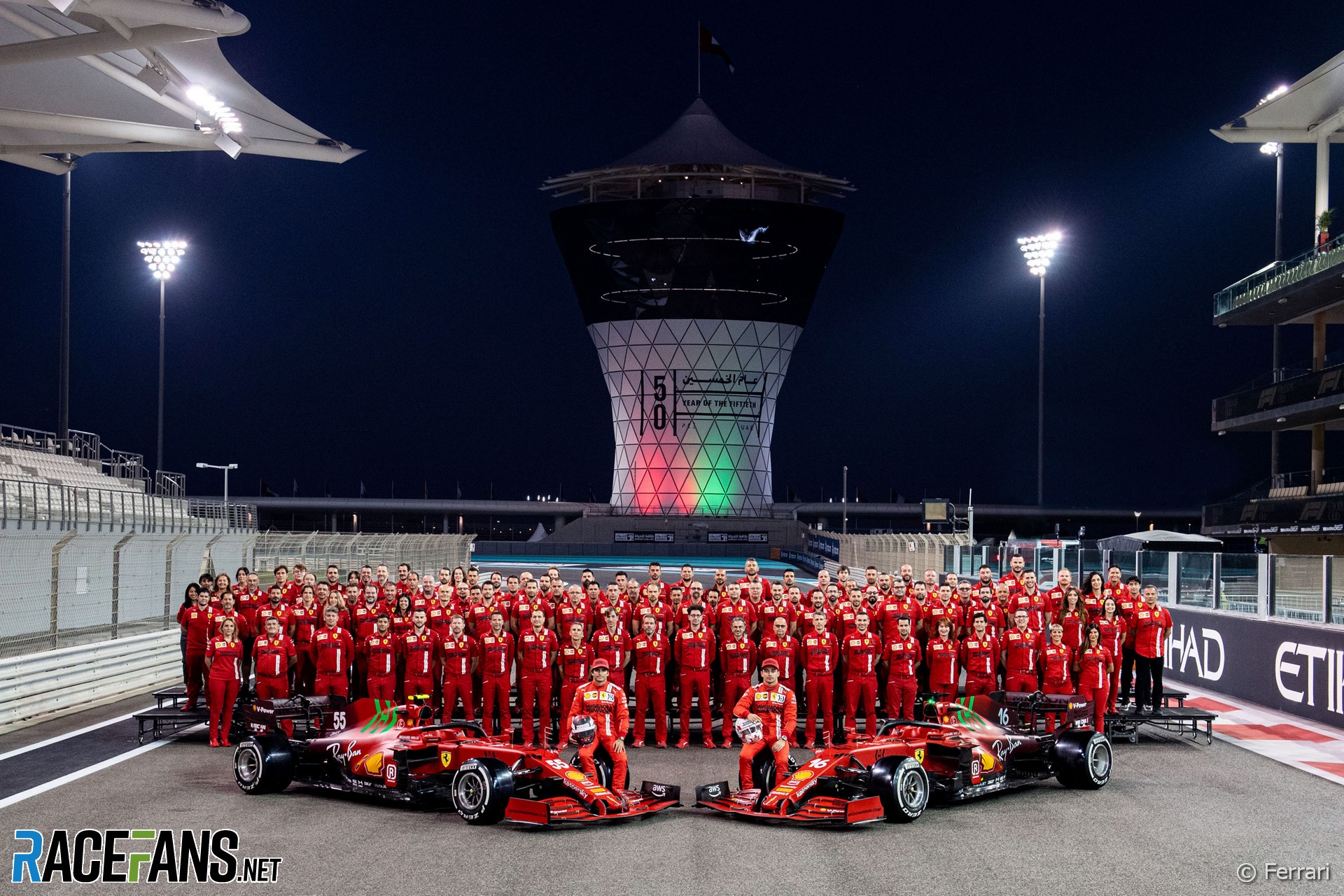 Ferrari team principal Mattia Binotto says the team’s recovery in the 2021 season provides a solid foundation to chase their “final objective” of clinching its first world championship since 2008.

Following a miserable 2020 season in which the team slumped to sixth in the constructors’ championship – Ferrari’s worst finishing position for 40 years – they improved significantly in 2021 to take third place behind Mercedes and Red Bull.

Looking back at a season that yielded two pole positions and five podium appearances, Binotto says that Ferrari’s recovery provided proof of their resilience to themselves as well as their rivals.

“For us it was more important as a team to prove to ourselves first that we are capable of addressing the main weaknesses and improving the product itself, improving our performance and closing the gap to the top teams,” said Binotto.

“What has been done in 2021 creates a solid foundation for the future.”

After the disappointment of 2020, Ferrari virtually doubled their average points per race from 7.7 in 2020 to 14.7 this season. Binotto says the team achieved its three main goals they set for themselves for 2021.

Ferrari, Binotto explained, had halved their average gap of 1.3 seconds in qualifying sessions to Mercedes in the 2020 season to six tenths of a second in 2021.

“The second [goal] – something I always, always mentioned – was try to improve in all areas over 2020,” he explained. “Especially at the racetrack – which, for me, is race preparations and race management.”

The final target Ferrari had achieved, Binotto continued, was in looking ahead to the future by building a “solid foundation” for the team to launch from with their revised power unit.

“First, it’s the people, so the team spirit,” Binotto said. “The second, is development on the hybrid power units. We knew that, coming from 2020, the situation in terms of speed and gap to the best in terms of power was very difficult. So certainly pushing and developing the hybrid was something important.”

Binotto says Ferrari have established four pillars of their team culture to help achieve their “final objective” of a world championship – innovation, viewing mistakes as opportunities, a collective sense of responsibility and team spirit.

“We are working a lot now since Monza, more than a year ago, back in Maranello, to really try to improve not only the team spirit, but what I would call our ‘culture,'” Binotto says. “And we did, months ago, an important teamwork workshop to try to find out what were the behaviours that were important in order to become better in the future.”

Ferrari’s 2022 car, Binotto claims, was designed through a deliberate effort within the team’s engineering team to “think outside the box”.

“If I look at the 2022 car and the 2022 power units, believe me, there is a lot of innovation in it,” Binotto said. “I think that the way that the entire engineering team has faced the new design, the new project, the 2022 regulations – which were a big discontinuity – was certainly with a more open mind than before.”

Pointing to the example of the French Grand Prix, where tyre graining problems saw both Charles Leclerc and Carlos Sainz Jnr fall down the field, Binotto says the second area of the team’s focus for the future was how they respond to mistakes.

“It’s trying to understand it’s an opportunity – no blame, no finger pointing,” he explained. “There are plenty – many that are internal, not visible from outside.

“I think that the best example of this season is the one that you all know – the tyre management and the problems we had in Paul Ricard. I think we arrived there maybe not fully prepared in terms of tyres, knowing that it would have been a difficult race for us for that aspect.

“I think that since then, in terms of race preparation, we’ve put a lot of effort trying to learn from that mistake. And I think that the team, in that, did no blame inside. A constructive approach. I think that even Carlos mentioned it, that he was impressed to see how the team reacted to the problem. But for me, it has been again a good opportunity to show that our spirit, our culture, our approach to the mistakes are certainly different today.”

The two final core elements of Ferrari’s new culture, according to Binotto, are their shared sense of collective responsibility and team spirit.

“In Italian, we say ‘infinie l’essere squadra’, which, for me, is even more stronger in Italian,” he said.

“And it think that here, the drivers’ behaviours are showing it. I think that’s the best example we may see. In creating the solid foundations on the team spirit. I think it’s showing what we are doing and I think that, for me, it’s a key one.”

With the overhaul of car regulations for next season Binotto says that Ferrari have hired over 30 staff from rival teams to help prepare to take advantage of opportunities offered by the new rules. The team’s 2022 car is set to be launched “mid-February”.

“The project is going according to plan,” Binotto said. “That’s first.

“We know that we have no references to the other competitors. I think that’s the most difficult one. We have no rumours on what’s going on with the others. What’s important to me to know that somehow we are reaching our objectives and it’s progressing to plan.

“We’ve got a budget cap since 2021, which will be even more restrictive next year. Again, a big challenge. But on all of that, I have to say that the team is well organised and today is working for me strong. The team is stronger than the past.”