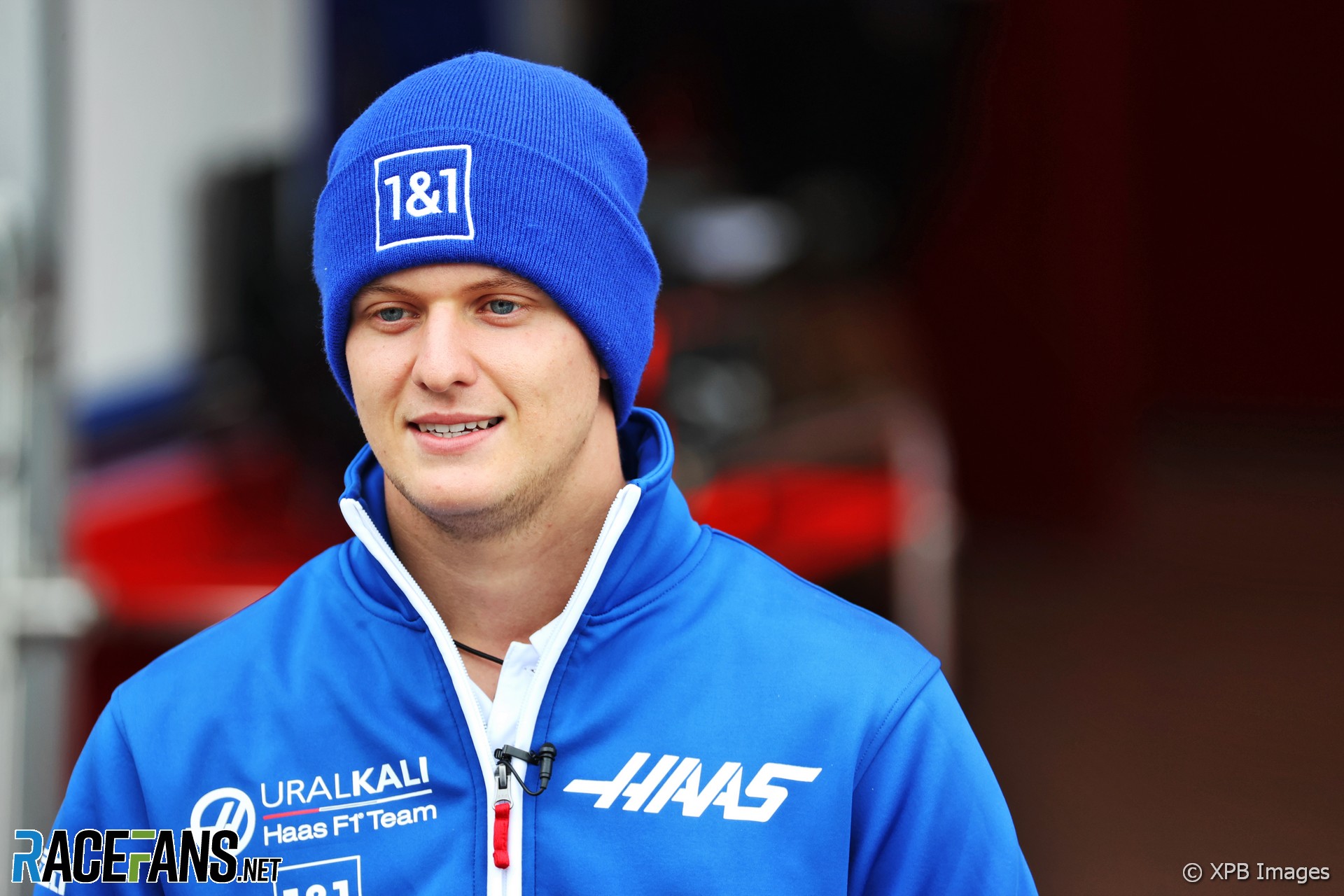 Mick Schumacher will be Ferrari’s official reserve driver at half of next year’s races, alongside his driving duties for Haas.

The 22-year-old, who made his Formula 1 debut this year, will share the role with Antonio Giovinazzi. The former Alfa Romeo driver will be unable to attend several rounds on the 23-race 2022 F1 calendar due to his clashing commitments in Formula E.

“Antonio Giovinazzi will not drive a Formula 1 next year but he will remain our reserve driver for 2022,” Ferrari team principal Mattia Binotto explained. “He will be our reserve driver for 12 races, that’s what will be compatible with his Formula E calendar on which he has decided to move and on which we are very happy because that will somehow keep him trained.”

Giovinazzi will also be available to Ferrari’s two power unit customers, Haas and Alfa Romeo. When he isn’t at the track, Schumacher will be on standby to substitute for either of Ferrari’s regular drivers if they cannot race.

“For the remaining races, 11, races on which he will be not there Mick Schumacher will be a reserve driver for Ferrari, which I think again is a great one because it will be his second season next year, he is a Ferrari driver coming from the driver academy. I’m very happy that he can be part of the team as a reserve driver whenever that will be necessary – hopefully not.”

If Ferrari was to call on Schumacher’s services during a grand prix weekend, Haas would likely rely on reserve driver Pietro Fittipaldi, who started two races for them last year as a substitute for Romain Grosjean.

Schumacher will continue to benefit from Ferrari’s input next year, said Binotto. “In 2021 he was followed by Ferrari engineers dedicated to the programme of Ferrari Driver Academy to support him in his development and that will continue next year.

“Our simulator will be available to him here at Maranello, but we’ve got an entire programme because being still part of an academy, it’s part of our objectives continuously to try to develop them as as drivers because again, the final objectives, one day, is they will prove to be capable to be a Ferrari driver.”

Binotto was impressed by Schumacher’s performances in the uncompetitive Haas, which failed to score a point all season, which gave him confidence in the rookie’s abilities. “If you are doing well, no doubt that you may have opportunities,” he said.

“Now he’s got already one season in F1, which is important because I think that Mick through the season did well, improved himself, not only in terms of consistency but as well in terms of speed. If I look at the last races he was a lot closer to the cars ahead while Haas didn’t really develop the car at all so the fact that he was closer he proved that he had a good improvement on the speed itself.”

Another benefit to having Schumacher on hand is he will be able to draw on his experience of driving a car built to next year’s extensively overhauled technical regulations, said Binotto.

“He will be driving the 2022 cars next year. These cars will be really a lot different to the current one for driving style. And I think it will be as well important to have one driver which knows those cars being a reserve driver.”

Giovinazzi “will have a full programme of simulator to bring him up to speed in terms of 2022 driving style”, Binotto added.

View the current list of 2022 F1 drivers and teams