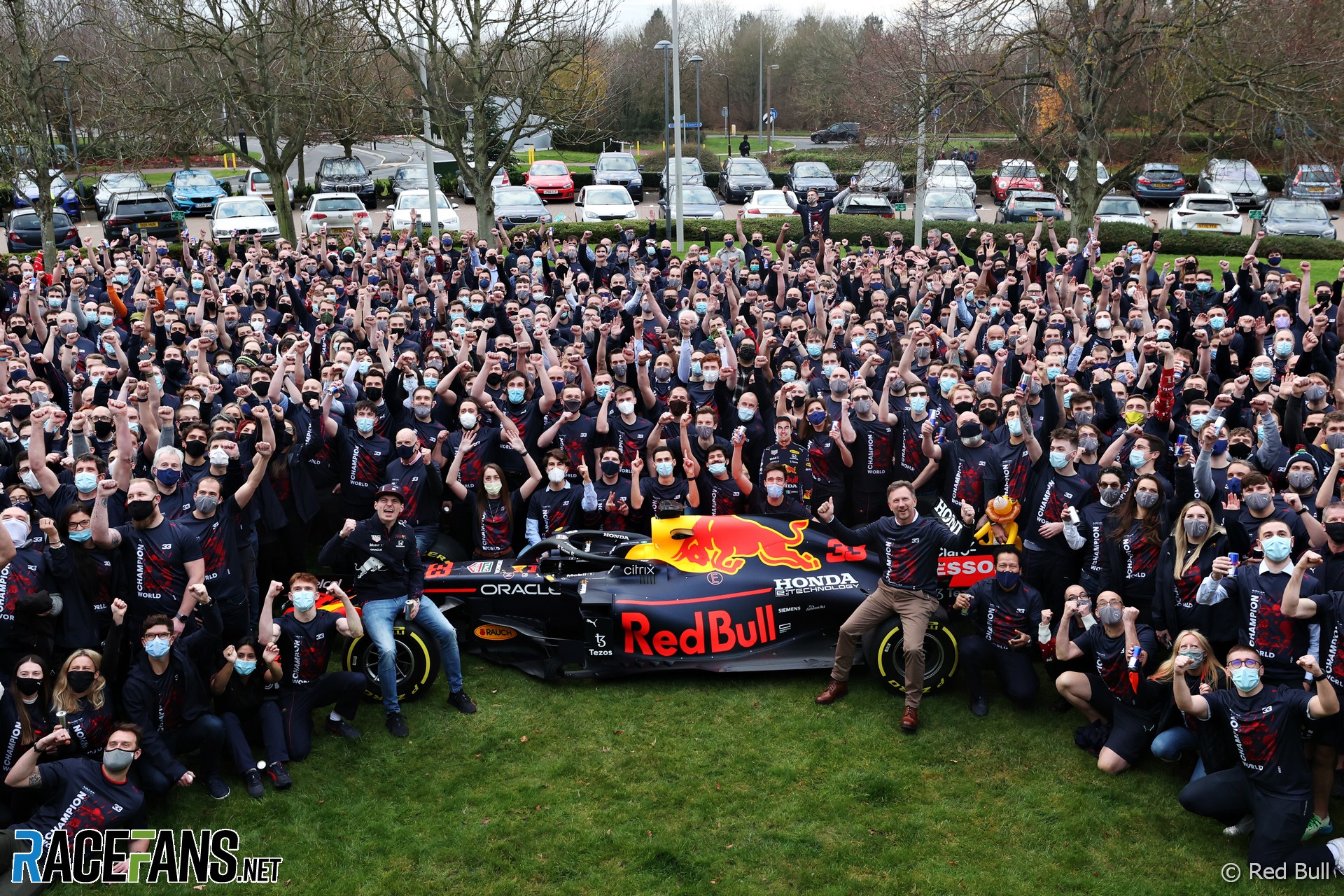 Max Verstappen is unconcerned by the threat of a possible appeal from Mercedes over his championship-winning victory in the Abu Dhabi Grand Prix.

“I’m fine” said the Red Bull driver when asked about Mercedes giving notification of their intention to appeal. “I don’t even think about it too much because I do feel like the world champion and it doesn’t matter what they try to do.”

Mercedes challenged FIA Formula 1 race director Michael Masi’s decision to restart the race with one lap to go having only allowed enough backmarkers to un-lap themselves in order for Verstappen to have an unimpeded run at race leader Lewis Hamilton. Verstappen passed his rival on the final lap to win the race and clinch the championship.

“We won it on track,” Verstappen insisted. “We won it when there was a green flag, green lights and we passed them on track and they will never be able to take that away from me, anyway.”

“About the possible appeal or whatever, I’m not busy with that,” Verstappen added. “As a team, of course it might be disturbing, but for us, we have been really enjoying the last few days.”

Mercedes’ efforts to challenge the outcome of the race revealed a difference in attitude between them and Red Bull, said Verstappen.

“The relationship, for me – I think I can be a forgiving person or whatever,” said Verstappen. “At the moment it’s still all so new from this season that it’s better not to talk about it too much.

“But for example, I saw Toto [Wolff, Mercedes team principal] in Monaco before Saudi, I had a dinner and he was sitting on the table next to me and we had a chat. And he of course goes flat out for his team and I know that my team also does everything they can.

“But besides that I do think you should be accepting a loss, it doesn’t matter how much it hurts. And I do think, there, that there is a bit of a difference between the teams.”

Verstappen said he was pleased to have a chance to compete on level terms with Hamilton during 2021. “Finally, with quite equal machinery you can have a battle and you see how much you can push each other throughout the whole race.

“Being on the limit of your material and also pushing the team to the limit, you can actually really see what he is capable of because some seasons he’s had it a bit more easy and you don’t need to push throughout the whole race. So it was more about that just pushing each other to the limit in the race.”