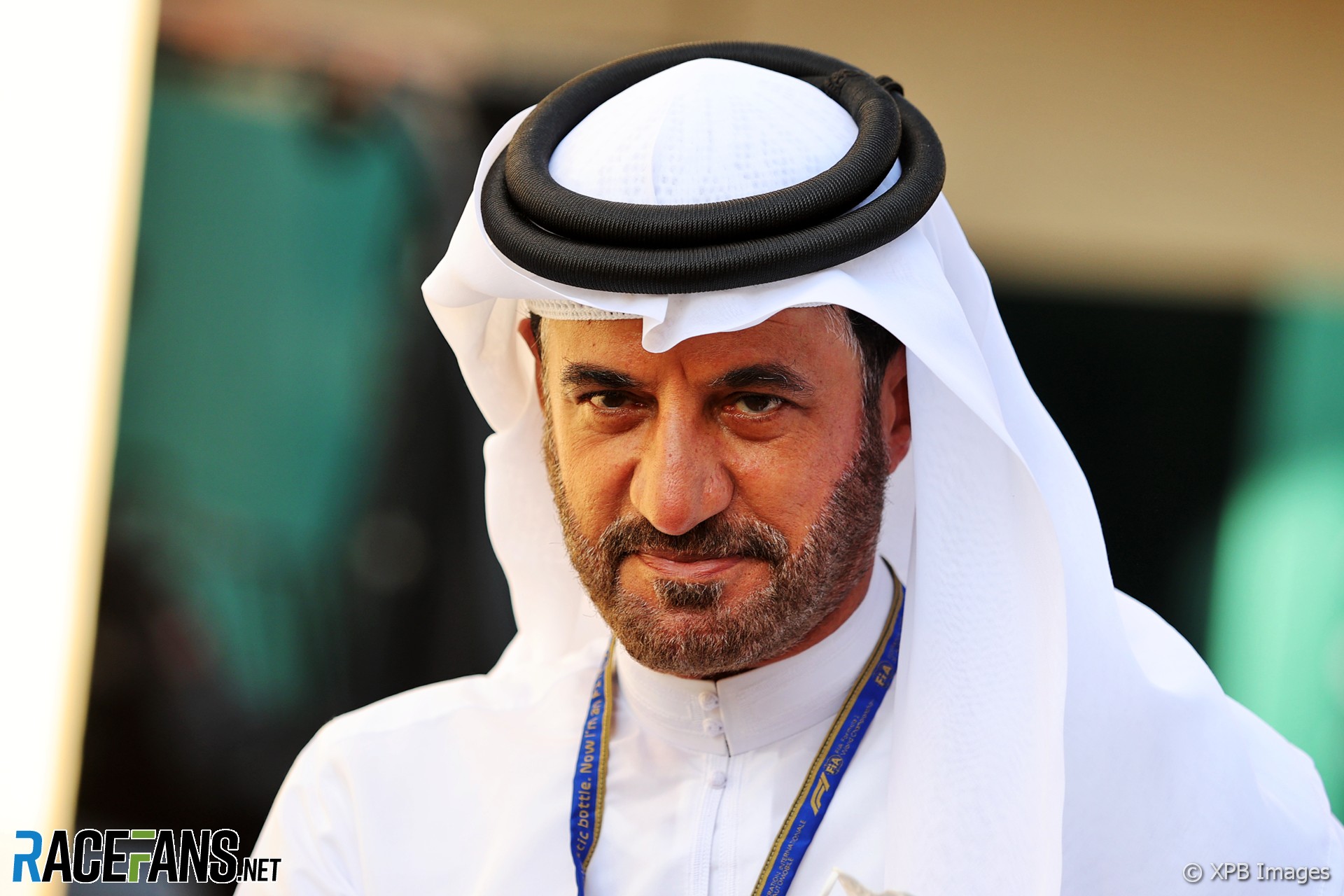 The FIA membership goes to the polls on Friday to elect a new president to replace Jean Todt, who is stepping down after his third four-year mandate. Britain’s Graham Stoker and Emirati Mohammed Ben Sulayem are the two candidates to succeed him.

The election process and potential impact of the two candidates have been covered here previously. Stoker was profiled in a previous feature – today is Ben Sulayem’s turn.

The election will take place in Paris tomorrow.

Who is Mohammed Ben Sulayem?

Born into a wealthy Dubai family – his brother Sultan Ahmed is chairman of Dubai Port World and real estate developer – Ben Sulayem is a 14-time Middle East rally champion and WRC campaigner, including with works Toyota drives. He was elected to the FIA World Motor Sport Council from 2008-13 and also served a term as a sport vice-president.

After retiring from active motorsport he turned to club administration, presiding over the Automobile and Touring Club of the UAE since 2005, and is also the Emirati representative for FIVA, the classic car governing body. From 2013-17 Ben Sulayem served as FIA vice-president for mobility and tourism. Thus, he has experience across motorsport, mobility and classic motoring activities.

Ben Sulayem has long harboured world motoring’s top job, having initially thrown his hat into the election ring in 2013, but later withdrew. Whether he cut a deal with incumbent Todt at the time is unknown, but Ben Sulayem was thereafter nominated to the mobility and tourism office, which he told associates would equip him for the presidency. He did not stand against Todt in 2017, keeping his powder dry.

Ben Sulayem resides in the UAE but told RaceFans during an exclusive interview last week that he has no plans to relocate the FIA offices to Dubai. “I love Paris,” he said. “I have a private jet and will commute.” How this squares with FIA sustainability pledges is up to voters to decide but, to be fair, Todt flew private on occasion. As an aside, Ben Sulayem has a delectable collection of classic cars, including 21 Mercedes 600s.

What does Ben Sulayem stand for?

He is campaigning under the banner ‘FIA for Members’, saying he is “Focused on delivering what the members want and need.” The main pledges contained within his manifesto are to:

“We set out to be a member-led team, and this manifesto is based on the actual, real needs as expressed by our members,” he said. “This is the members’ manifesto for the future of the FIA, and it is our commitment to implement it if elected.”

As part of his campaign, he commissioned a diversity and inclusion study which has three main pedestals, namely talent identification and support, promotion of STEM subjects (science, technology, engineering and mathematics) in key target areas and the establishment of a legacy fund underwritten by a percentage of income from event promoters to enable fans to evolve from spectators to participants.

Ben Sulayem is hoping to attract widespread support from emerging and developing countries, many of whom believe the time is ripe to break with tradition and elect a non-European president for the first time in the FIA’s 117-year history. That is a powerful election card, particularly given that Europe constitutes around 45% of the FIA’s voting membership. Thus over half are now situated outside the founding territory.

There is another factor: The Gulf, fuelled by booming energy prices, is flexing its muscles in various sphere and disciplines: Dubai boasts the world’s tallest building; Saudi Arabia the world’s largest company, while the region boasts more grands prix per capita than any other. Qatar hosts next year’s FIFA World Cup, so why should an Emirati not preside over the world’s motoring clubs?

Who is in his team?

The FIA statutes demand that candidates nominate a ‘slate’ consisting of president, one each deputy president for sport and mobility, president of the senate plus a supporting cast of vice-presidents for the various regions.

Ben Sulayem’s nominated team consists of 55-year-old Robert Reid, who was world champion co-driver to Richard Burns – a politically astute and seasoned motorsport administrator – as candidate for the office of deputy president for sport, with Tim Shearman, CEO of the Canadian Automobile Association and CEO of the CAA and FIA Senate member slated for the equivalent mobility role.

Carmelo Sanz de Barros, who administered Spain’s historic Jarama F1 circuit and is president of RACE, the Spanish automobile club, is nominated as president of the FIA senate, the body’s ethics and financial watchdog.

Candidate vice-presidents include long-serving motorsport administrators Abdulla Al Khalifa (Bahrain) and Anna Nordkvist (Sweden), while Brazilian-born Fabiana Ecclestone – wife of Bernie, and formerly head of marketing for the Brazilian Grand Prix – has been nominated to represent South America. Thus, there is a mix of experience and new blood on Ben Sulayem’s list.

The choice, as we outlined from the very beginning of the electioneering lies between continuity (Stoker) and change (Ben Sulayem). Is the FIA membership ready for the latter?