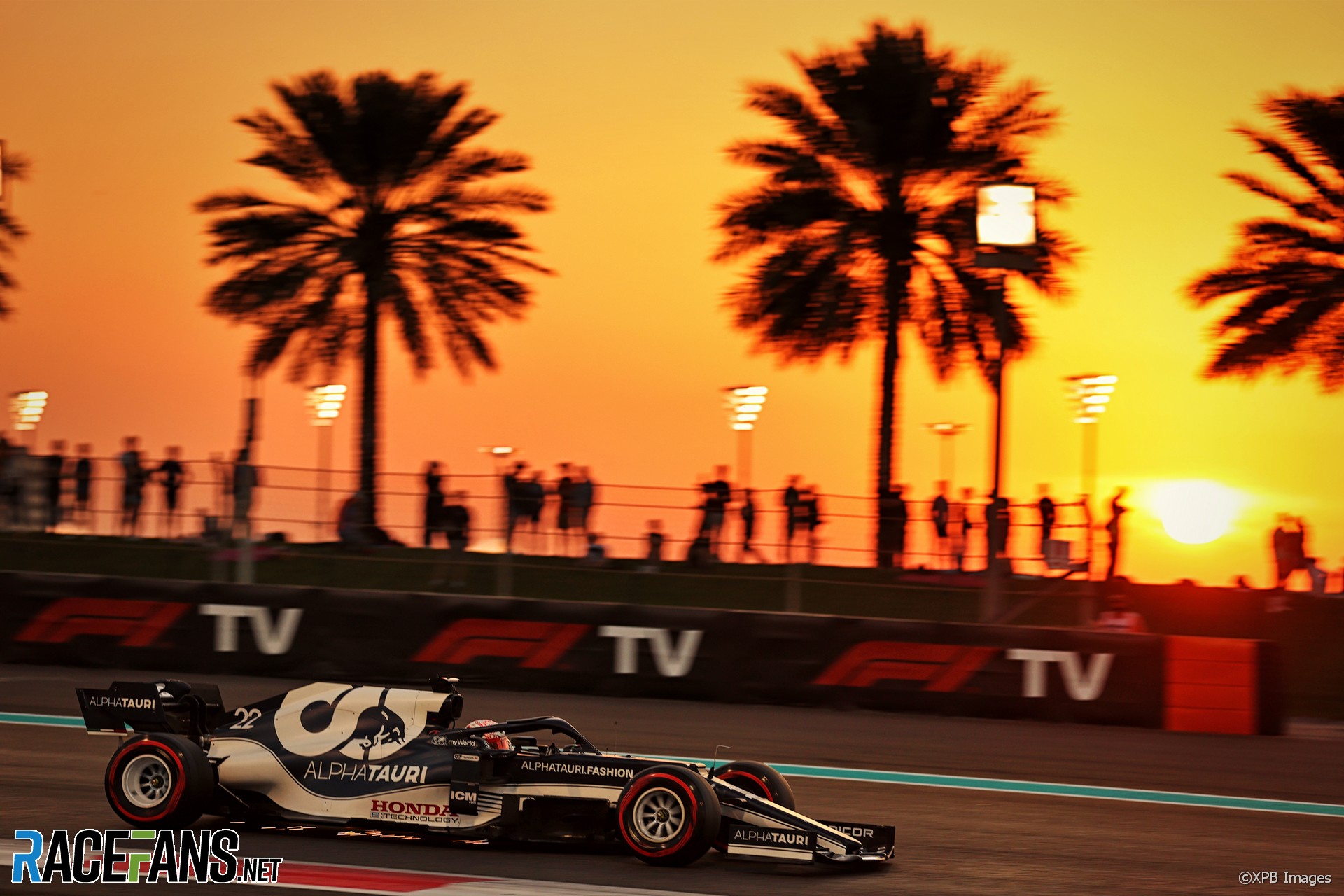 Yuki Tsunoda says he had a “long journey” from his difficult start to his rookie season to a career-best result last weekend.

The AlphaTauri driver took fourth place in Abu Dhabi after passing Valtteri Bottas after the restart.

Tsunoda credited his result was partly down to improving his getaway off the line, having qualified eighth. “The start was really good,” he said. “I had bad starts consistently, I lost positions on the first lap in the last three or four races and this was my key point today.

“I gained one car, one position on the first lap. After that the pace was quite good and quite okay in the end.”

He was among a fortunate group of drivers who pitted during the Safety Car period and were allowed to re-join the lead lap. “I managed to pass Bottas [who was] on the soft tyre, as well, that was good,” said Tsunoda.

He claimed rival Fernando Alonso overtook him outside the track limits at one point. “I think he completely passed off track,” Tsunoda explained, “so he should’ve given back the position immediately.

“But he didn’t, so I just had to overtake. But anyway, it was good fun to battle with that kind of legendary guy.”

Tsunoda ended his rookie season on a high having previously achieved a best finish of sixth at the Hungaroring. He began the year with a points-scoring finish on his debut but admitted his confidence took a knock when he crashed in qualifying at the next round.

“It was a long journey to improve my confidence from, especially, Imola,” he said. “I really struggled.

“But I’m feeling pretty good and feeling prepared for the next year to have this confidence.”