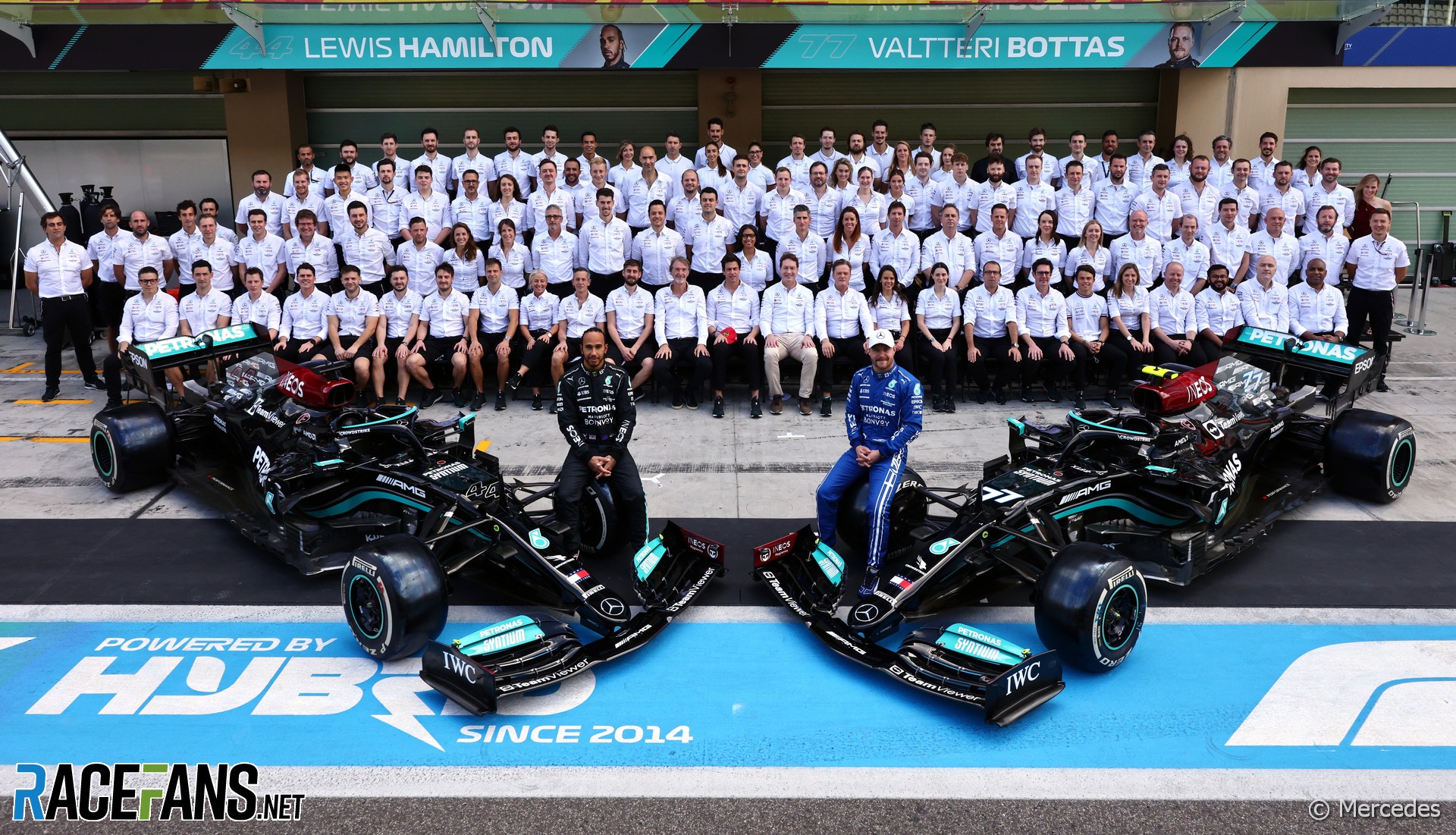 Mercedes has refused to take part in an official FIA photoshoot commemorating the constructors champions of 2021 as the team considers whether to appeal the results of last weekend’s Formula 1 title-deciding Abu Dhabi Grand Prix.

The team clinched the Formula 1 constructors championship on Sunday and won the Formula E teams championship in August. It was invited to join other title-winning teams as part of a group photograph commissioned by the FIA.

However RaceFans understands from multiple sources Mercedes refused to allow either of their cars to appear in the photograph. It is understood that all other category champions sent examples of their machinery.

Mercedes is considering whether to proceed with an appeal after its two protests over the controversial race were thrown out. It gave notification of its intention to appeal the rejection of one protest on Sunday and has until tomorrow to submit it.

Since issuing that notification on Sunday the F1 team has gone silent. No official material has been distributed to the press and its main social media accounts have not been updated. Lewis Hamilton and team principal Toto Wolff did not speak to journalists at Yas Marina following Sunday’s race, though Hamilton gave a short interview to Jenson Button for Formula 1’s television broadcast prior to the podium ceremony.

Prior to the race the team took its usual end-of-season photograph of its cars, drivers and trackside personnel (pictured).

Hamilton is due to make his first public appearance since the race today at Windsor Castle where he will receive his knighthood.