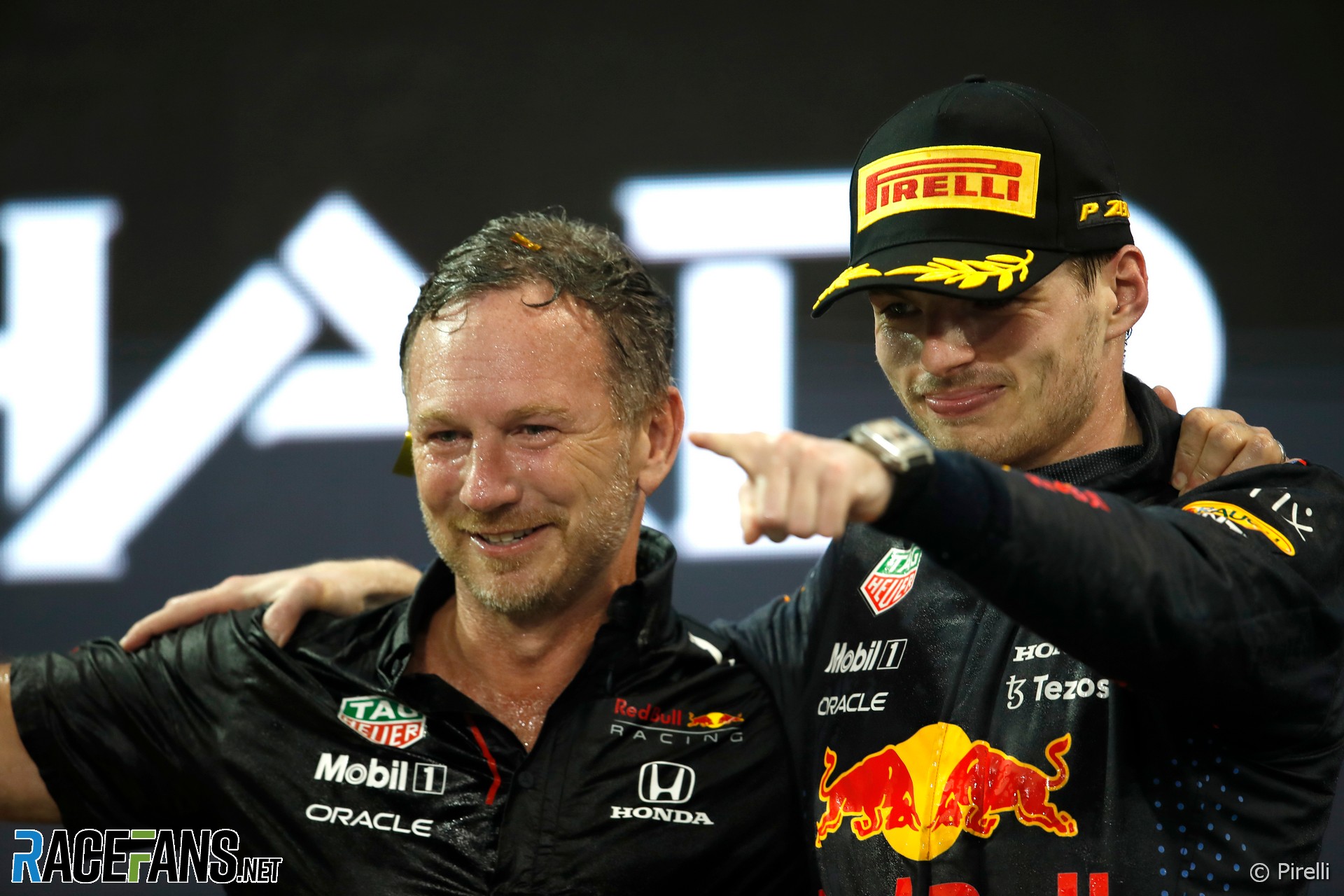 Red Bull are prepared to fight Mercedes every step of the way as their rivals bid to overturn Max Verstappen’s world championship victory.

Mercedes brought two protests over the outcome of yesterday’s controversial Abu Dhabi Grand Prix, which Verstappen won after passing Lewis Hamilton on the final lap. Both protests were rejected by the stewards, who confirmed Verstappen as the winner of the race and therefore the world champion.

However Mercedes have since formally notified the FIA they intend to proceed with an appeal over the handling of the final restart of the race.

The team was enraged by FIA F1 race director Michael Masi’s U-turn on a decision not to wave lapped cars past the Safety Car before the restart. Masi eventually chose to allow five of the eight backmarkers through, enough to bring Verstappen within striking range of Hamilton.

Having given notice of their intention to appeal, Mercedes now have to decide whether to proceed. Horner said Red Bull are prepared for whatever legal steps their rivals might take.

“If they appeal, they appeal,” he said. “We’ll fight it in the appeal court and then in a legal court after that.”

Mercedes’ protest over the outcome of the race “felt a little bit desperate”, said Horner. “We didn’t want it to finish in front of the stewards.

“They’ve been great competitors this year and Lewis has been a phenomenal driver. It’s had its moments, it’s been tense, it’s been tough. But we’re just delighted with the outcome and very proud of Max, who’s been phenomenal all year.”

Horner said he “wouldn’t be surprised” if Mercedes proceed with an appeal. “But I think the race director made his position clear, the stewards made their position clear and the ruling is very clear.”

Asked whether Mercedes’ move could jeopardise the FIA’s planned prize giving ceremony for its world champions on Thursday, Horner said: “I hope not.”