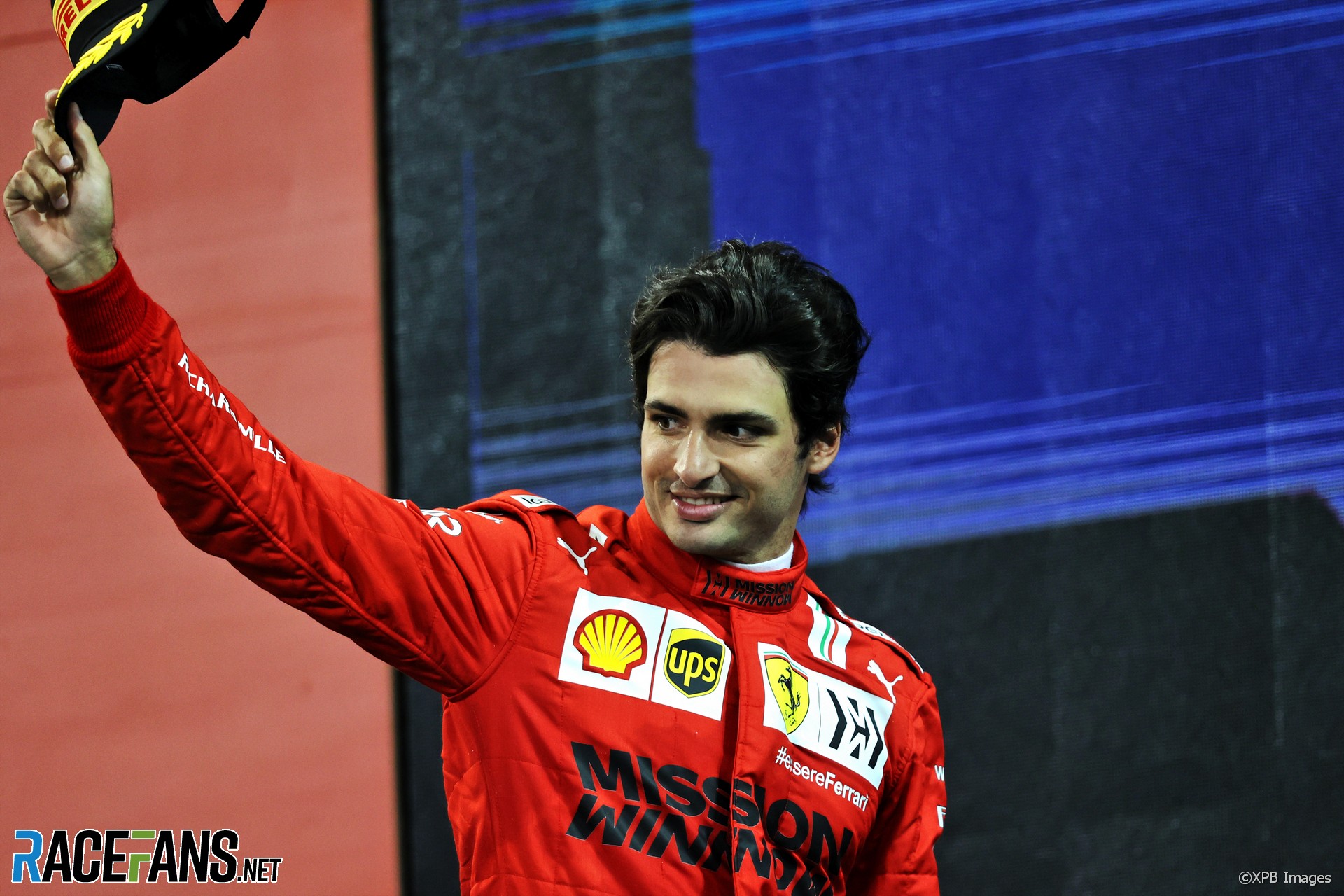 Carlos Sainz Jnr was one of many drivers who were perplexed by the Safety Car un-lapping procedure towards the end of the Abu Dhabi Grand Prix.

The Ferrari driver said race control’s decision to only allow five of the eight lapped cars to regain the lead lap put his third place in jeopardy from cars behind. He crossed the line with the AlphaTauris of Yuki Tsunoda and Pierre Gasly within one-and-a-half seconds of him.

Sainz moved into a podium position after Red Bull retired Sergio Perez with three laps to go, during the Safety Car period that ended on the penultimate lap.

Shortly before racing resumed, race control told the lapped drivers between leader Lewis Hamilton and Max Verstappen to overtake the safety car. However those between Verstappen and Sainz – McLaren’s Daniel Ricciardo and Aston Martin’s Lance Stroll – had to stay in formation.

That meant Sainz restarted the race with two lapped cars ahead of him and Valtteri Bottas filling his mirrors.

“It was certainly a very strange situation for me because I was battling for a podium with Valtteri and some AlphaTauris behind with a medium tyre while I was on a very used hard,” said Sainz.

“This, I’ve never had it before, having to restart the race with these two guys in front of me while fighting for P3.”

One of the two drivers ahead of Sainz quickly got out of his way. Blue flags were waved at the start of the second sector, after the two cars ahead had created a small gap to Sainz, and so Stroll slowed significantly to allow Sainz and then the chasing Bottas and AlphaTauri drivers through.

Ricciardo, meanwhile, pursued the two leaders, crossing the line 1.3 seconds after Lewis Hamilton to finish 12th, one lap down. Over a minute later, the drivers he had earlier been contending with for a points finish took the chequered flag, having been allowed to un-lap themselves the lap previously.

“I do believe it was a strange one, and maybe something to look at because it was just very strange to see and it nearly cost me my podium, to be honest,” concluded Sainz.