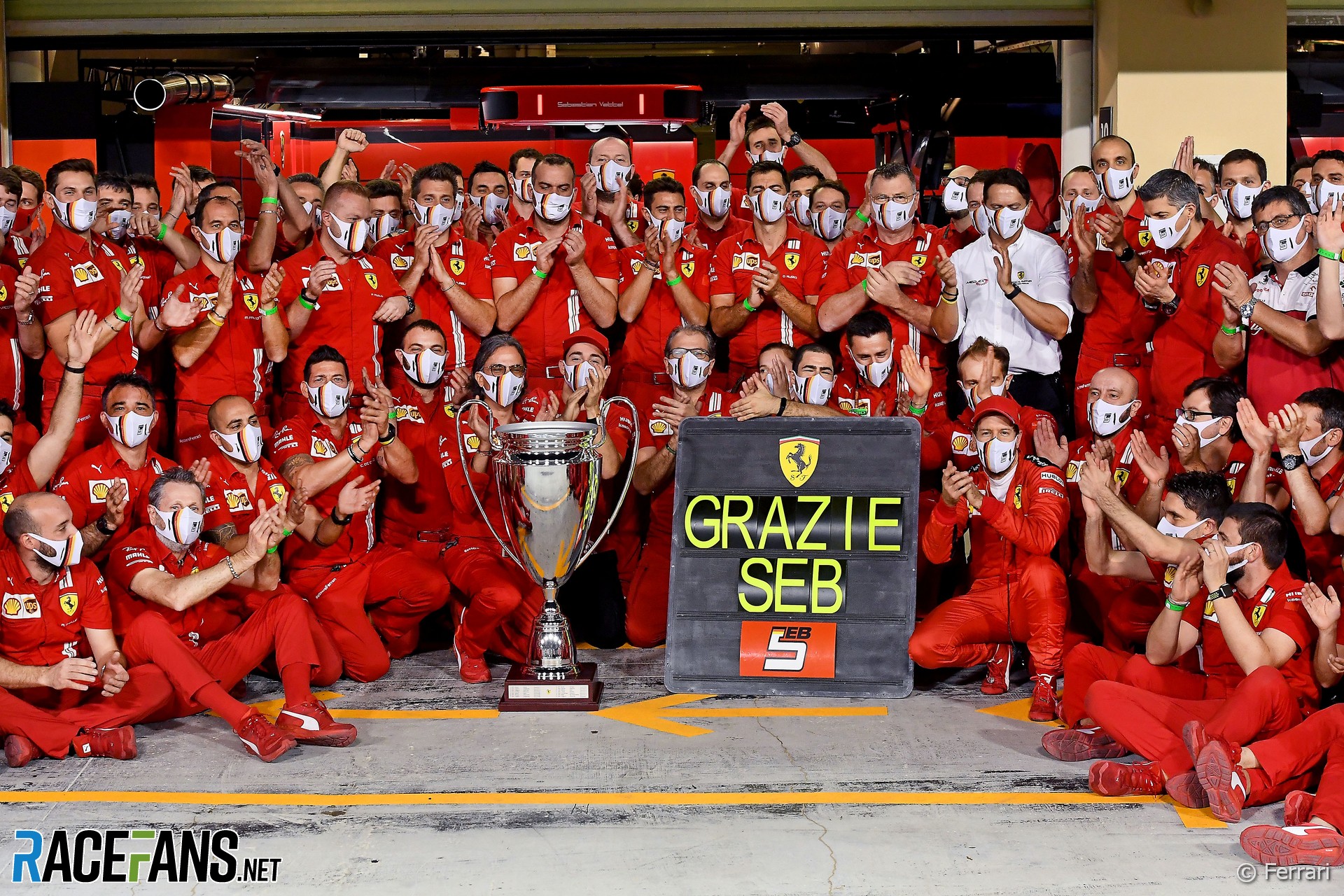 Sebastian Vettel and Ferrari said an emotional farewell to each other following the Abu Dhabi Grand Prix after six years together.

Sporting director Laurent Mekies, who took charge of the squad last weekend as team principal Mattia Binotto was absent due to illness, said Vettel would have a place in the team’s history, despite not winning the championship since joining them in 2015.

“We wanted to say a real thank you to Seb for what have been these six years with us. He’s the third most winning driver in Ferrari history.

“What we will keep with us is that he is an outstanding professional, that in good moments and in bad moments has been part of the team, putting it together.”

Vettel’s final season at the team has been their least successful for many years. The team finished sixth in the championship, its worst result since 1980, and neither Vettel nor team mate Charles Leclerc scored in either of the final two races.

“Of course we are finishing in the most difficult scenario possible,” said Mekies. “But even in these conditions, it’s been a year where he has been pulling us together, always keeping constructive and positive no matter what difficulties we were having. That’s the way you drive large teams like us, with everybody at the race track and Maranello.”

Vettel, who won 14 races during his time at Ferrari, said he would cherish the time he spent at the team, “not just with the professionals but also with the people ‘behind the red dress’, with a great passion that drives them and the commitment they have towards the team – the guys in the garage, the guys in the engineering office, the guys in Maranello.”

“Obviously there are many reasons why you can be at Ferrari and not succeed, it is the mission that we set out to achieve but what you keep is the memories, the passion which I shared with so many people along the way,” he added.

Reaching the end of his time as a Ferrari driver was an emotional moment, said Vettel. “I have no regrets looking back. Certainly there’s been mistakes, there have been highs and lows but I think it has sunk in. I’m not normally the most emotional guy, it’s not today that I will remember after finishing 14th, but looking at the big picture it’s a day that I will treasure.

“It’s a goodbye to many friends and many people that I have worked with a lot in the last years, so those I will miss. But I’m sure that I will not miss them completely – we have a saying in German, I don’t know if you have it in English, but it’s that you always see each other twice in life.

“I think time will tell but I’ve learnt so much from this team and they’ve given me so much, I’m very grateful for that. It’s beyond titles or victories. For sure, that’s what we were after, but in the end we didn’t get but it doesn’t change anything and I wish this team well.”