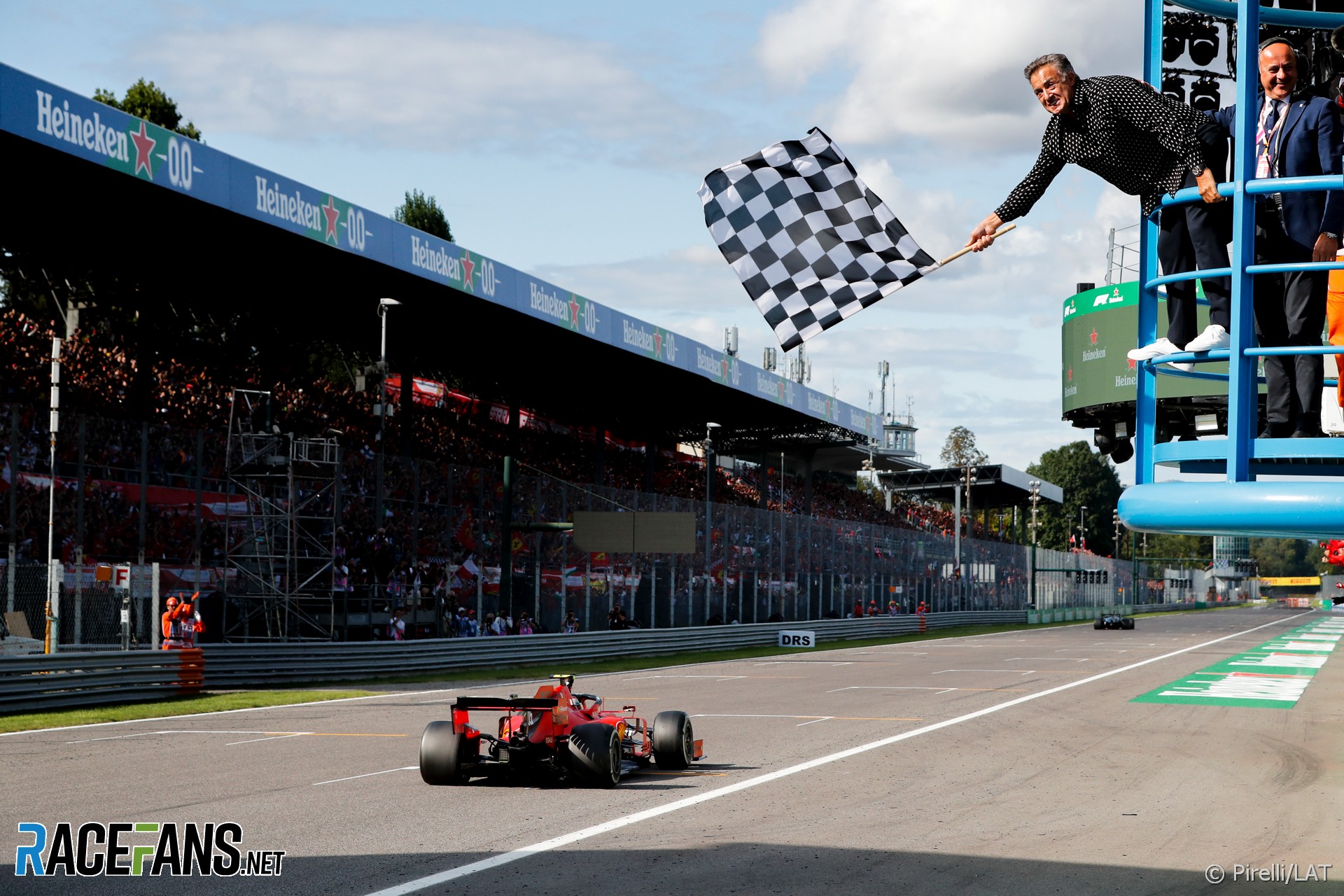 Formula 1 will revert to using the chequered flag to officially signal the end of races in 2020 following the problem it encountered with its replacement electronic light panel earlier this year.

While the chequered flag has been waved at the end of races this year, a chequered light panel has also been used to officially signal the end of races. However this was shown a lap too early in error during the Japanese Grand Prix, and the race was cut short as a result.

The FIA has announced the traditional chequered flag will be the end-of-race signal again from next season as part of a package of changes agreed by the World Motor Sport Council.

Other changes to the technical and sporting regulations for the 2020 F1 season will include new wording “relating to the sampling and testing of fuel at the events to incorporate reference declarations”. This follows the controversy at the Abu Dhabi Grand Prix where Ferrari were found to have put almost five kilograms more fuel in Charles Leclerc’s car than they had declared.

The regulations will also be changed to “prevent teams from covering their cars during winter testing, in order to make these events more appealing to the media and fans”.

The FIA has appointed a single supplier of wheel rims for the 2021 F1 season. BBS won the tender to supply the 18-inch rims which will be used after next year. “A consultation phase with the teams and BBS was conducted under the arbitration of the FIA Technical Department, with some resultant minor changes to the initial specification being approved today,” the FIA stated.

Two other parts suppliers were officially confirmed. Magnetti Marelli will produce fuel primer pumps and Bosch will supply high pressure fuel pumps and piping. This also follows a period of consultation between the suppliers, the teams and power unit manufacturers.